The Best Action Camera Accessory for the Backcountry

I spend a lot of time outdoors documenting my experiences to bring you amazing shots from fantastical, hard-to-reach destinations in nature. We all know I love to bring the action to your screen, so you can be empowered and get out there. Sometimes all that get-the-shot mentality puts me in a bit of a pickle. If you aren’t careful, documenting the experience can get in the way of precious time with friends. Then I discovered the Spivo 360. This nifty tool allows me to get two shots in one go, ultimately granting me more time to put down the lens and be outside with friends.

Note: This post contains sponsored content. I have a highly-selective process for brands I work in sponsorship with and would never give you false information. All opinions, as always, are my own.

About the Spivo 360 Camera Accessory

The Spivo 360 is a selfie-stick with a twist, literally. The stick holds any action camera, or a phone if you purchase a different mount. However, instead of having to fuss with grabbing countless shots from every angle, the Spivo allows you to rotate your camera 180 degrees with a simple click of a button. Thus, you can get two shots rather quickly.

The Spivo is surprisingly durable. I beat it up on rocks and snow.

How It Was Tested

Since we are in winter mode here in Colorado, I’ve been giving the Spivo 360 the gauntlet. We hiked the rim of Castlewood Canyon and toured in surgary powder with the Spivo 360 in tow. The Spivo 360 fits perfectly in the A-frame ski carry buckles on my backcountry touring bag. The result makes the Spivo 360 easy to reach when I need it on the go.

It’s lightweight, durable construction held up to plenty of spills and thrills in the backcountry. After a day of waist-deep powder, the Spivo was still able to keep on giving. It even turned while it was stuffed with snow. It’s simple to use once you practice one or two times.

The big button makes the stick easy to operate while wearing gloves and the ergonomic handle doesn’t get uncomfortable. With a little practice, it was quick and easy to grab two shots at a moment’s notice. These features make the Spivo 360 one of my favorite accessories for big days outside.

The Instagram enthusiast and professional content curator will both find something to love with the Spivo 360. The Spivo 360 comes in handy for the following situations: 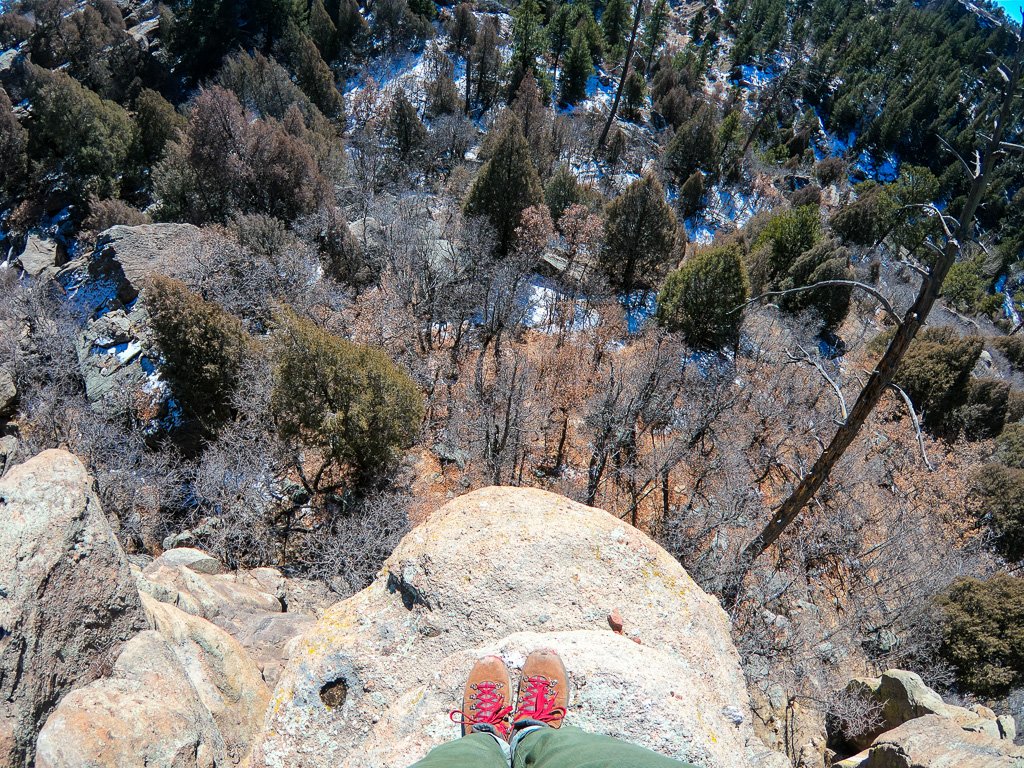 Another added bonus, the Spivo allows me to look down with my eyes closed. I can grab dizzying shots for you, without getting vertigo myself!

Nothing in this world is perfect and there’s always room to improve. For the Spivo, I wish it was adjustable. It doesn’t pack down at all, making it difficult to put in a hiking bag. Also, there is a bit of a learning curve if you don’t want the stick to show up in photographs. However, if you don’t mind, then you won’t have any problems at all.

Lastly, if you have a GoPro and you use a wireless remote, the Spivo 360 is not thick enough to take the stick mount for the remote. You’ll have to adjust the wrist strap instead. This didn’t bug me too terribly, as I don’t use my remote too often. 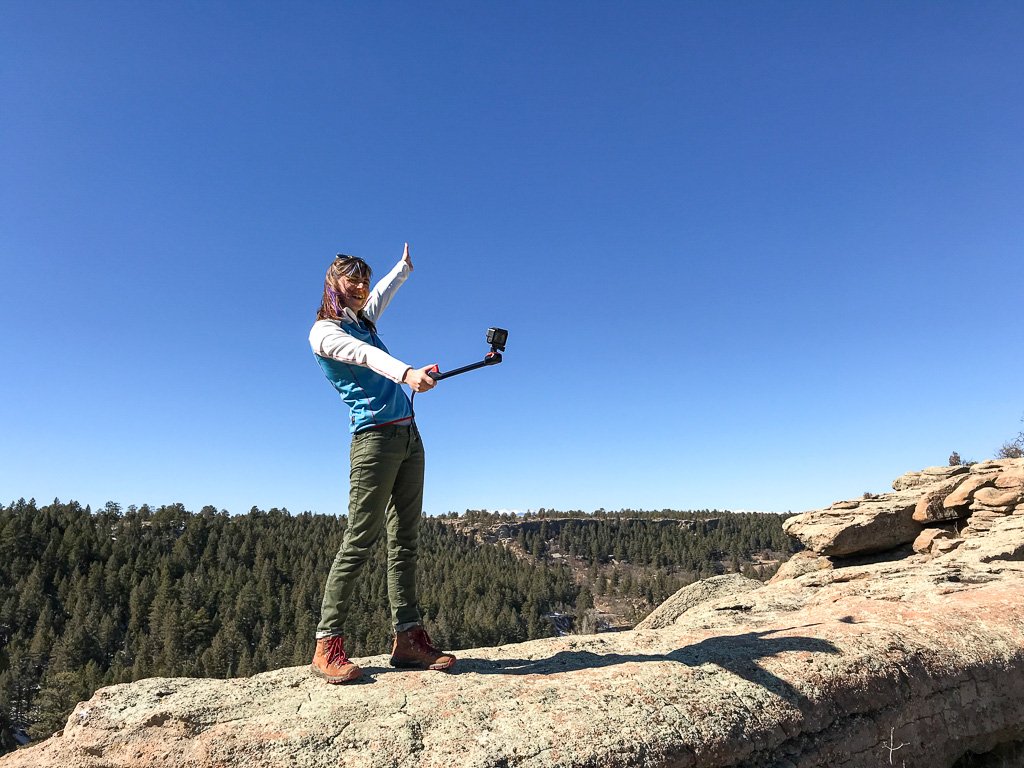 Bringing you my best dork face, in the name of reviewing gear, since 2016.

At $49.99 the Spivo 360 isn’t the cheapest selfie-stick on the market, but it is on-par with higher-quality models. However, they are always posting coupon codes on their social channels, so you can score a pretty good deal.

Overall, the fact that the stick can quickly grab the shots I need, means I’ll likely be grabbing this stick over my previous one for any outdoor adventures where I’m not swimming. This stick took a beating and certainly performs when I need it to most. I give it a thumbs up for anyone looking to spend less time behind the lens and more time enjoying the outdoors. 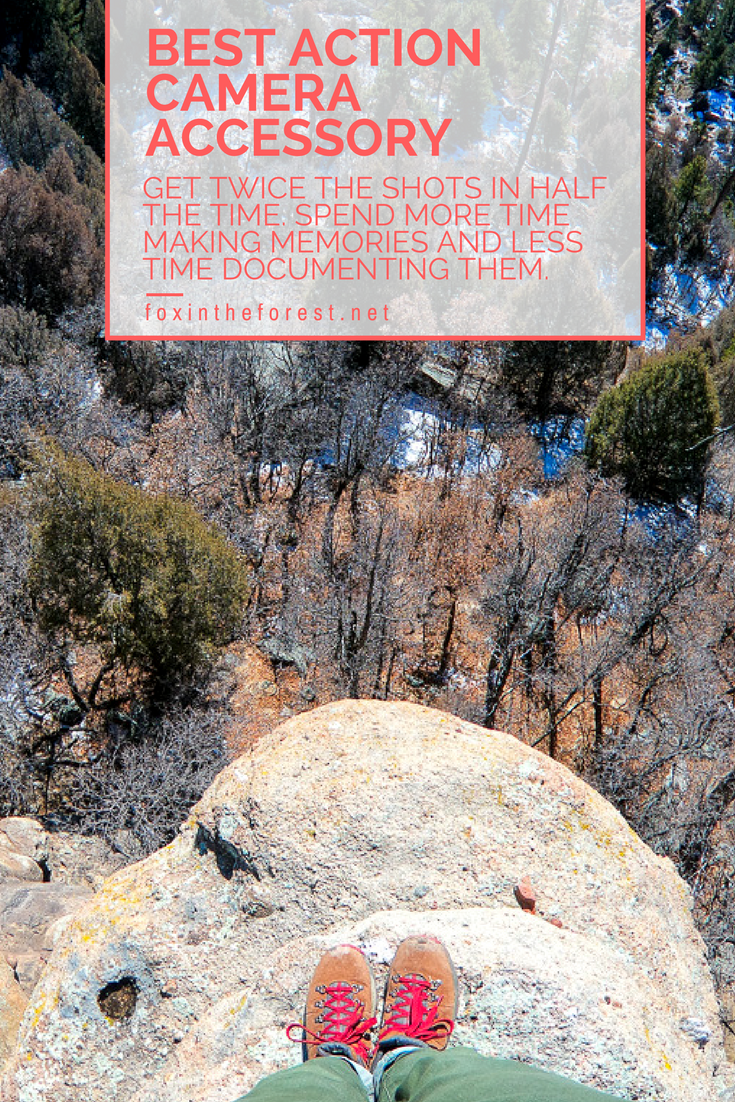