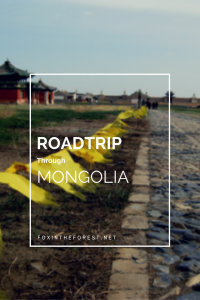 It’s the third time you’ve woken up, squirming uncomfortably in your budget economy class seat. Curious, you pull up the window shade, still nothing but ice and snow below you. Unwilling to look at the clock you doze back off only to have the process repeat itself moments later. It’s a long way to go until you can start on your road trip in Mongolia. It’s best to sleep now.

Groggy and foggy headed you march off the plane and head to your next gate. You don’t even know what day it is, nor does it really matter, you aren’t there yet. You’re thirsty and the airport is vacant so you put some foreign currency into a vending machine, pick a picture that looks “appetizing” and cross your fingers. Whatever it is, it’ll do for the time being. Before you can finish you hear roughly in English what should be your gate. It’s not too hard to guess correctly, it’s the only plane in the terminal at this hour.

Unable to sleep through yet another flight you succumb to watching the sunrise. As the light brightens and rewards you with what might be the most stunning view you’ve ever seen: the sun rising along the Great Wall of China, from the air. You smile, it’s kind of funny flying over the Great Wall, gliding over one of the great wonders of the world only to arrive in the land of the people it was built to keep out. 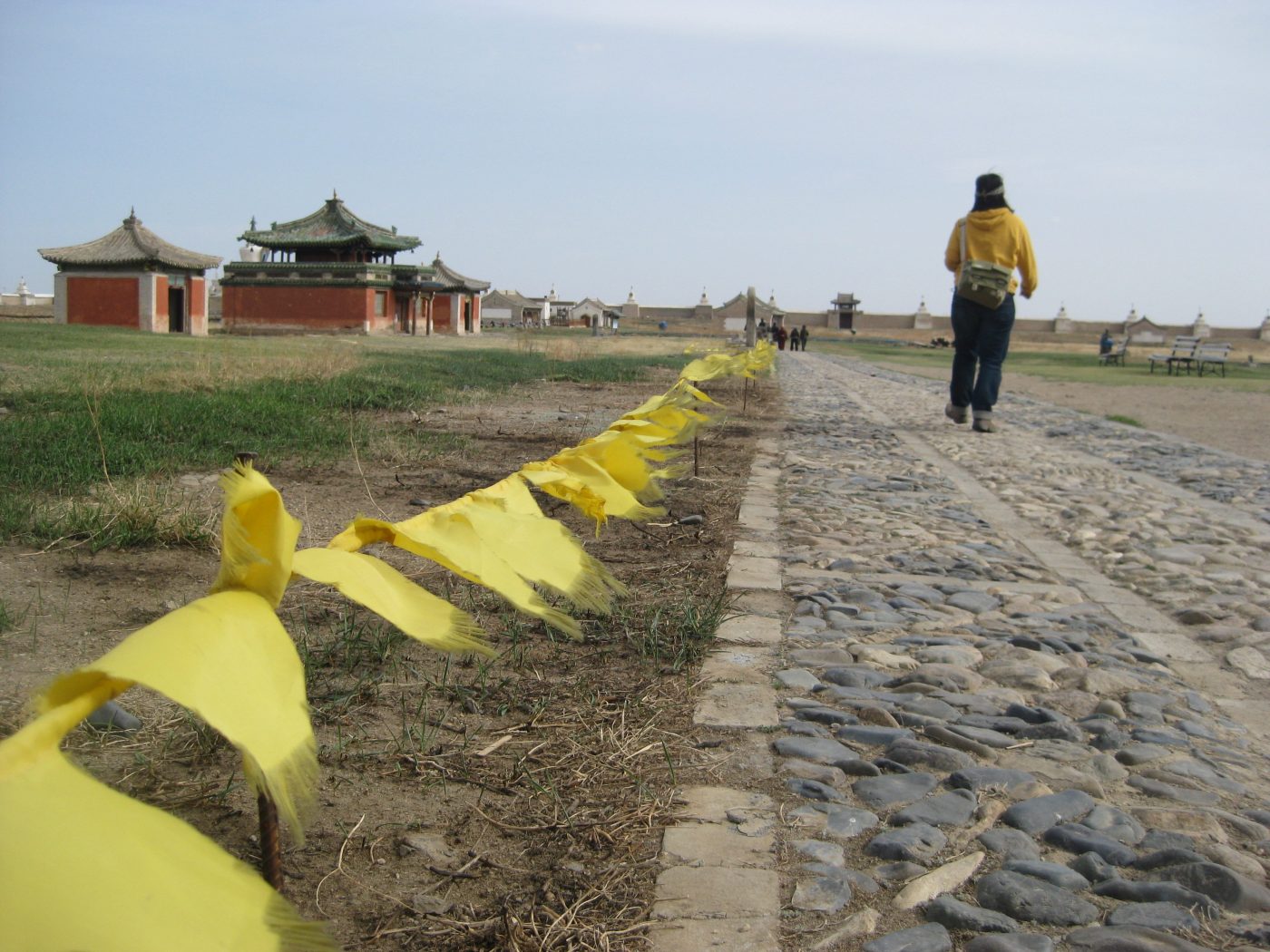 Before you know it you’ve hit the ground on what is one of two paved runways in the country’s international airport. Disembarking from the plane you look around. A tightness starts to form in your chest as you grab your bags off the dilapidated carousel. A mangy, underfed dog is lazily walking on the thing sniffing bags. Suddenly your mind is racing as you go through a single customs line where the agents declare something in their mother tongue loudly as they stamp your passport. When you finally step out into the open and feel your feet beneath the dirt parking lot that’s when your heart starts skipping beats and it all comes to a head.

What the hell am I doing here?  Welcome to Mongolia.

Nearly Dying on a Road Trip in Mongolia

The other day I purchased travel insurance for a helicopter evacuation at 18,000′ for my upcoming trip to Nepal. It is hard for me not to reflect on Mongolia. I know a lot of my friends are reading this rolling their eyes thinking oh no, here goes Fox again talking about Mongolia. You can’t have a blog called Adventures of Fox in the title and not reflect on my road trip to Mongolia. It was a life-changing experience and a magical place, but not for the faint of heart. When I think about spending 3 weeks trekking up peaks and the remote villages of the Himalaya I can relate it to being similar (but hopefully different – sorry I can’t help the pun here) experience.

Mongolia is not for everyone. I’m not going to sugar coat the place. I almost died here. I’m not talking figuratively. I’m talking I’m fading in and out of consciousness; my veins collapsed; I can’t feel my face, hands or legs; holy shit the driver is driving on the sidewalk to get me to a hospital kind of sick. You know it’s never good when you finally come to and the doctor says you were lucky to be close to the capital (there are 2 western hospitals in the entire country). It would have been too late if you were still out on the steppe unless we could have arranged a helicopter. 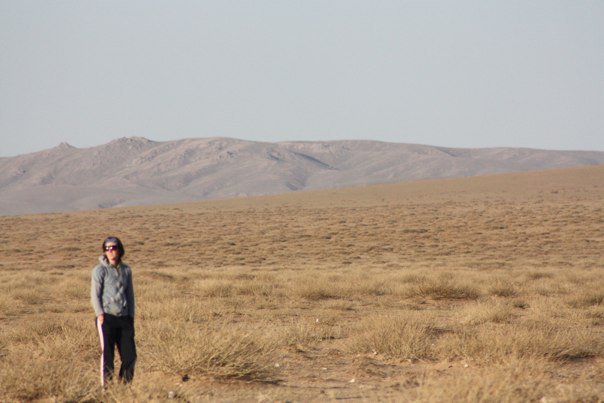 Road travel in Mongolia is slow and difficult and distances are vast. It’s the least densely populated nation on this planet. The language barrier is very real. Good luck speaking a historically script-based language that the Russians forced a Cyrillic alphabet on. The food is, well, not all that great unless you’re into gristly pieces of mystery meat (I’m pretty sure I got sick on horse meat). 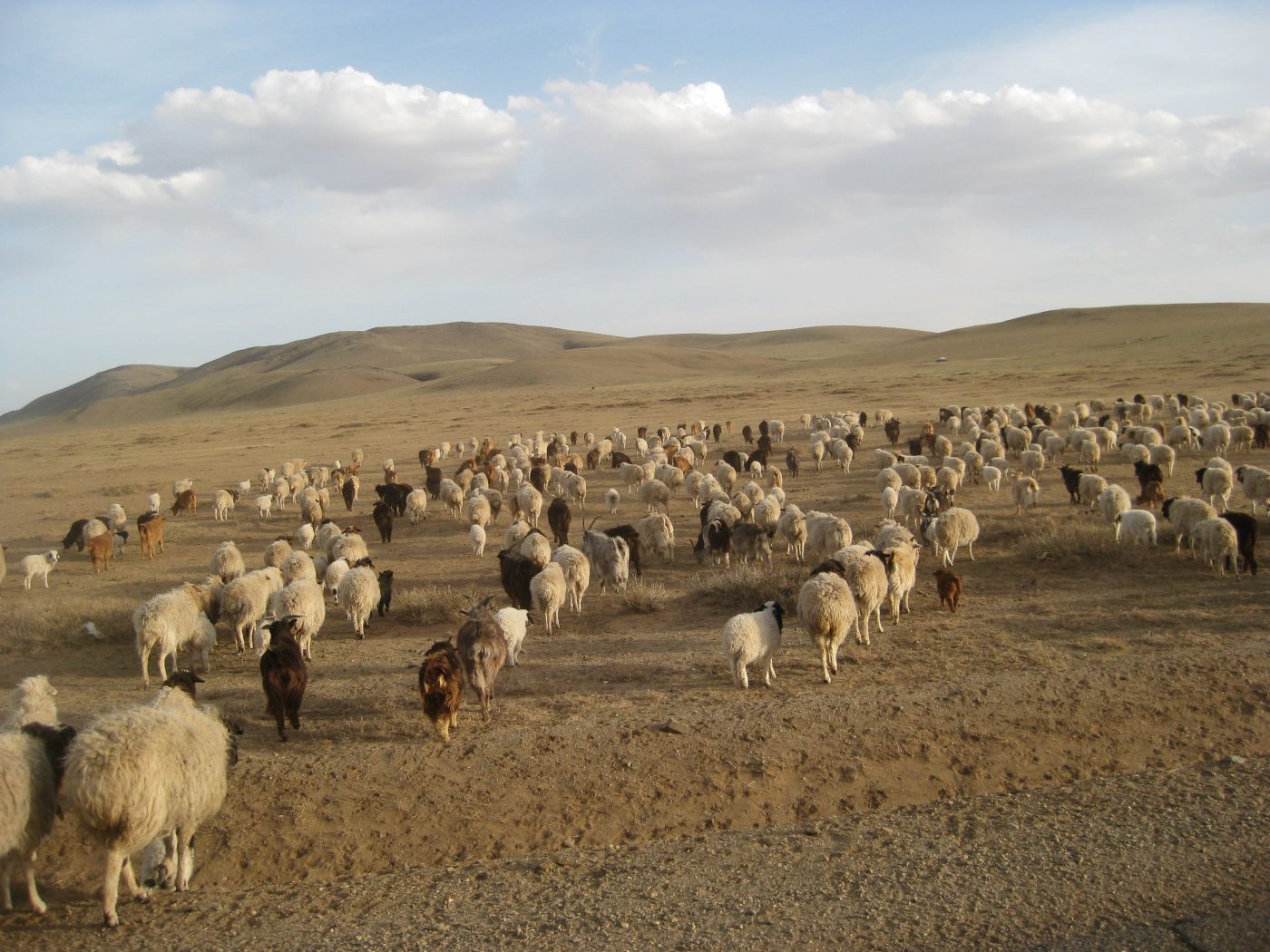 Travel to Mongolia: The Land of the Blue Sky

But Mongolia isn’t about being sick, scared and dealing with crappy food. It’s a fascinating place. I’ve traveled to so many places and it’s the only place that I’ve been where I felt the entire experience was truly raw. I stayed in gers with local families, ate at roadside eateries, rode semi-wild horses with the most famed equestrian culture of all time, had staring contests with herds of camel, stood on the tops of drifted sand dunes from the Gobi, had a monk bless a token at a monastery, stopped and paid homage with locals at random oovos or Buddhist shrines all while seeing virtually no tourists.

There are no fences around land in Mongolia, it’s still a predominantly nomadic place where the horse is still the main mode of transportation. Technology and modern society is certainly creeping in (most have solar power and satellites to go with their nomadic gers), but for the most part, it’s untouched and beautiful. Being at the roughly same latitude as Colorado it was easy to imagine that the Front Range once looked like Mongolia. 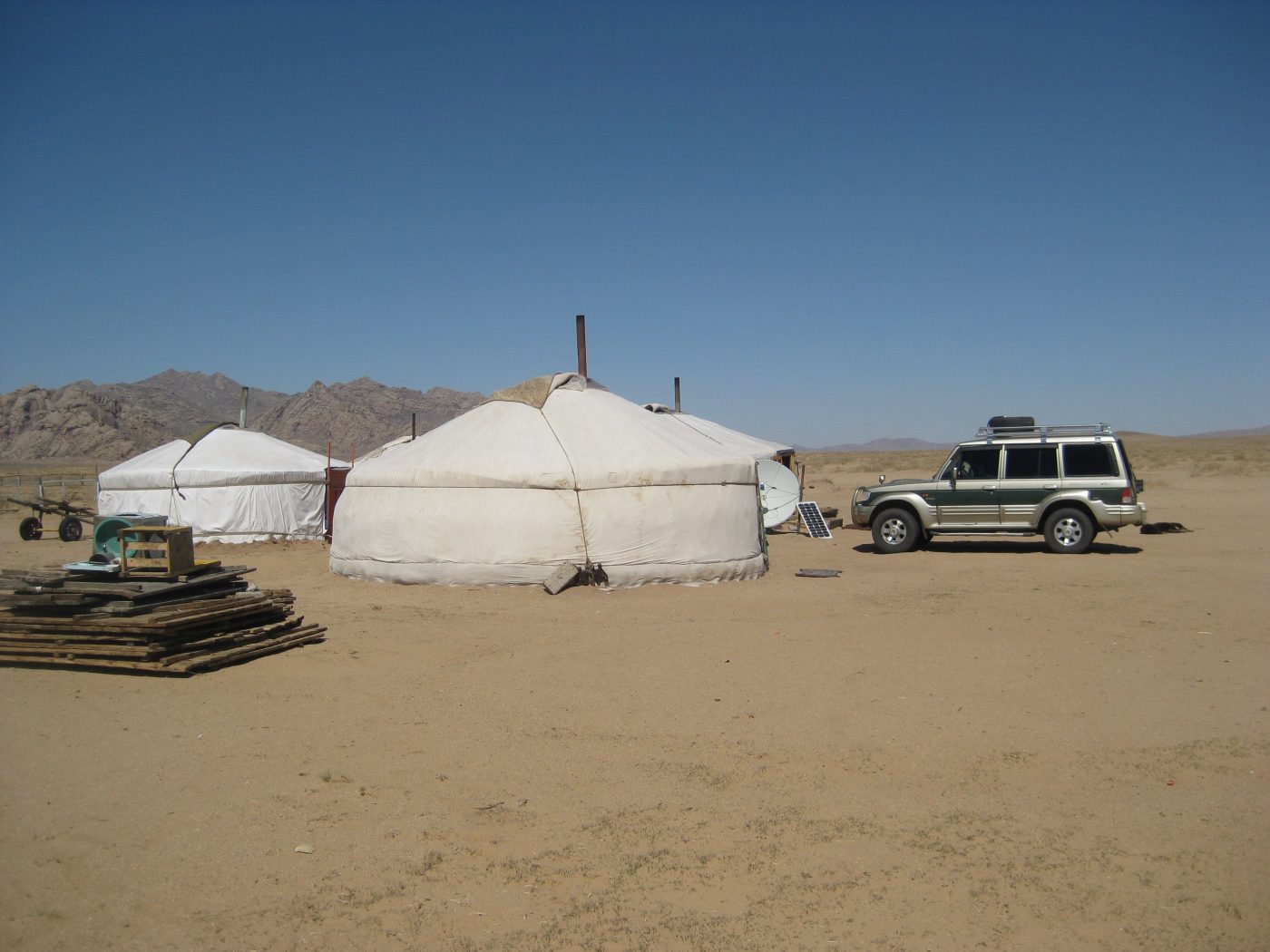 As I sit and reflect on my first experience in Asia (yes, I chose Mongolia) and I’m getting ready to set out for my 5th trip across the Pacific I hope that Nepal captures that feeling. You know the one I’m talking about. The feeling when you are so outside of yourself and what you know you discover a whole new person. Hopefully, I won’t need to cash in on that chopper rescue. 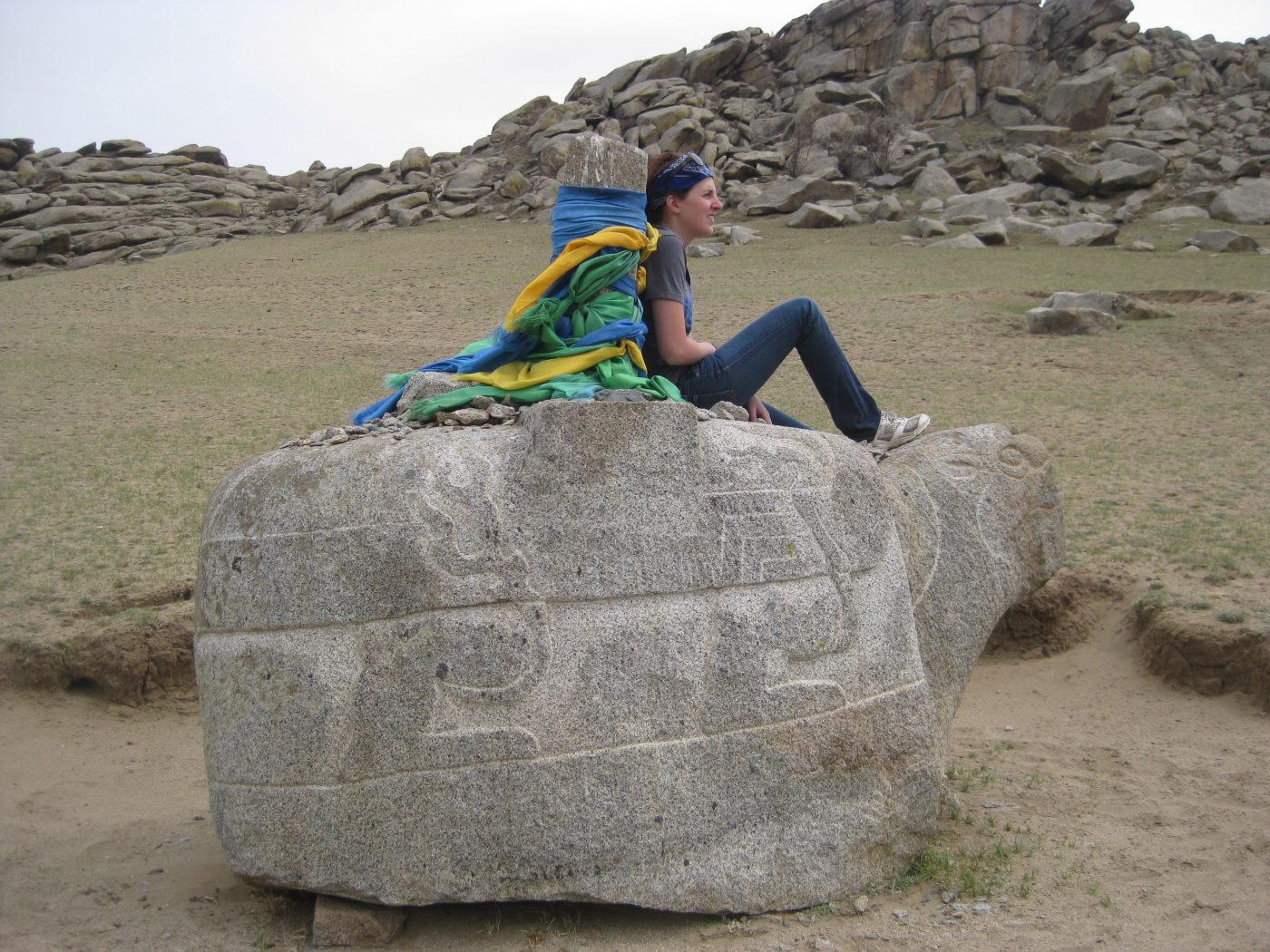