Behind the Scenes of the Pacific Crest Trail with Heuberger Subaru

Back in June of this year, I had the opportunity to be a part of my friend Callie’s journey from Mexico to Canada along the Pacific Crest Trail. I met Callie about halfway through their journey. The PCT covers 2,650 miles of trail networks starting in Campo, California and ending at the border between Washington and Canada. Most hikers take about six months to finish this daunting task. I went out there in partnership with Heuberger Subaru (a local Subaru dealer here in Colorado who is all about supporting the adventurist’s lifestyle). I wrote a three-piece series for Heuberger Subaru about how to meet a thru-hiker on the Pacific Crest Trail and travel to the Lake Tahoe region.

On the Pacific Crest Trail with Heuberger Subaru

Be sure to check out my three-piece series with Heuberger. I go in-depth with insider knowledge on just how challenging (and rewarding) hiking the Pacific Crest Trail can be.

Meeting up with a thru-hiker proved to be far more difficult than I thought it was going to be. It turns out, when someone is walking somewhere, you’ve gotta stay flexible. Not to mention, our big plans of big epics while we were together quickly went out the window. Through that experience, I assembled a slew of tips about what to do and plan when you’re hanging with your thru-hiking loved ones.

Callie, their hiker-family Heather, and I all hung out in Lake Tahoe. My family is from Tahoe and I know the area well. Since we were all on limited budgets, we explored Lake Tahoe on the cheap. I wrote up a comprehensive guide on several free things to do in the Lake Tahoe region. 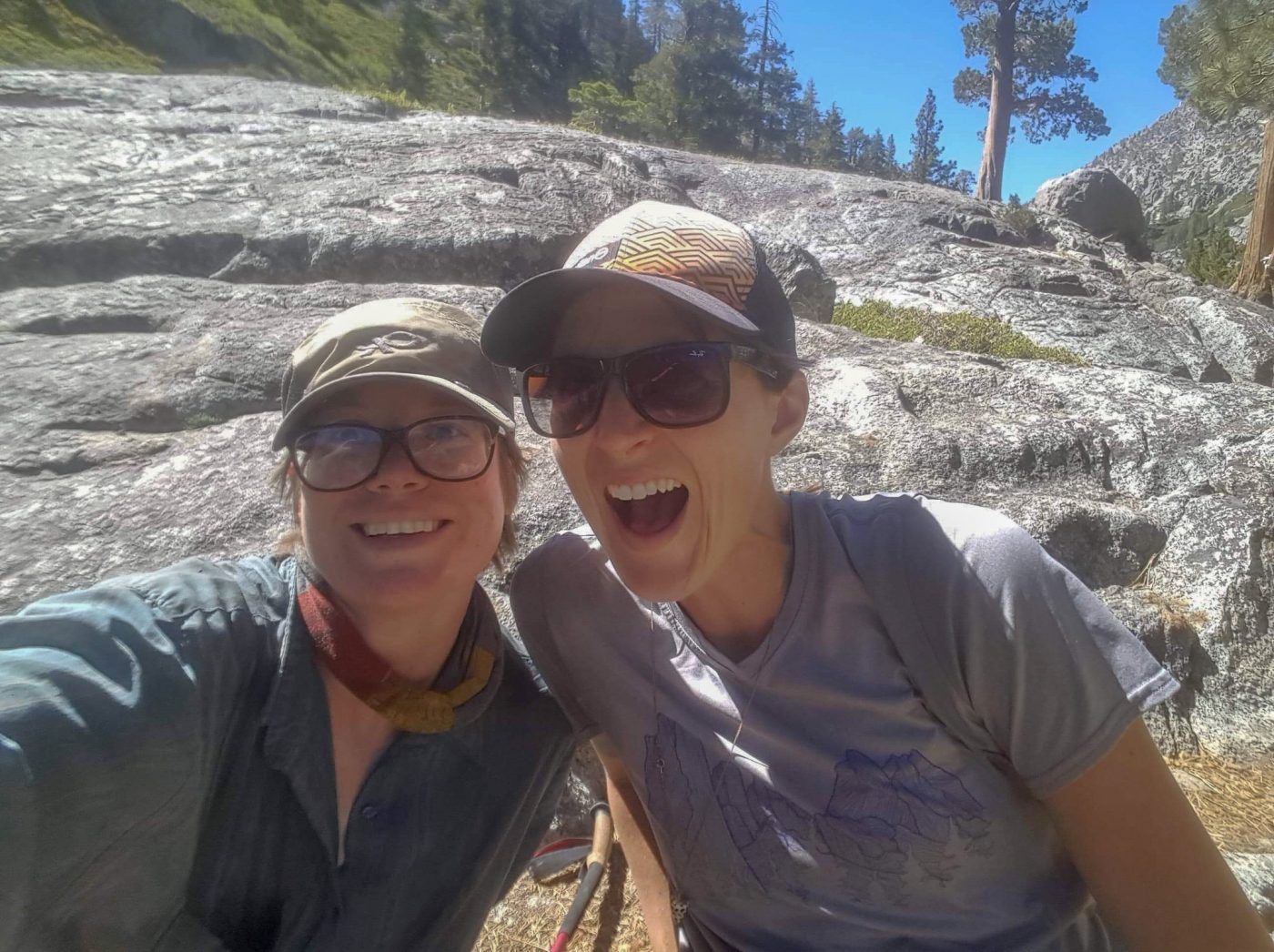 I don’t selfie often, but when I do it’s with amazing friends!

Behind the Scenes: Adjusting the Plan

I hinted at how difficult it was to meet Callie. Originally, we had planned to meet along the Tahoe Rim Trail in the Desolation Wilderness, but as the months wore on, that plan clashed with other work obligations I had. So I ended up meeting them at Sonora Pass, about a two-hour drive from Lake Tahoe. After driving 16 hours from Denver to Lake Tahoe, the additional four-hour round trip was a bit tough to swallow. However, it was a beautiful drive and I had the opportunity to explore the Eastern Sierra by car. Overall, it was a small price to pay to see a friend, but I certainly wasn’t prepared to spend over fifty hours in my car in just one week.

All of that driving caught up to me quickly. In a need to get my body moving, I went out on an early morning hike with my pup up the Tahoe Rim Trail. My knee had been feeling a little odd the day prior, but I brushed it off as road soreness. As I started to hike I noticed a strange pain in my knee, just under my kneecap. Again, I brushed it off as my creaky bones not getting enough movement and carried on. 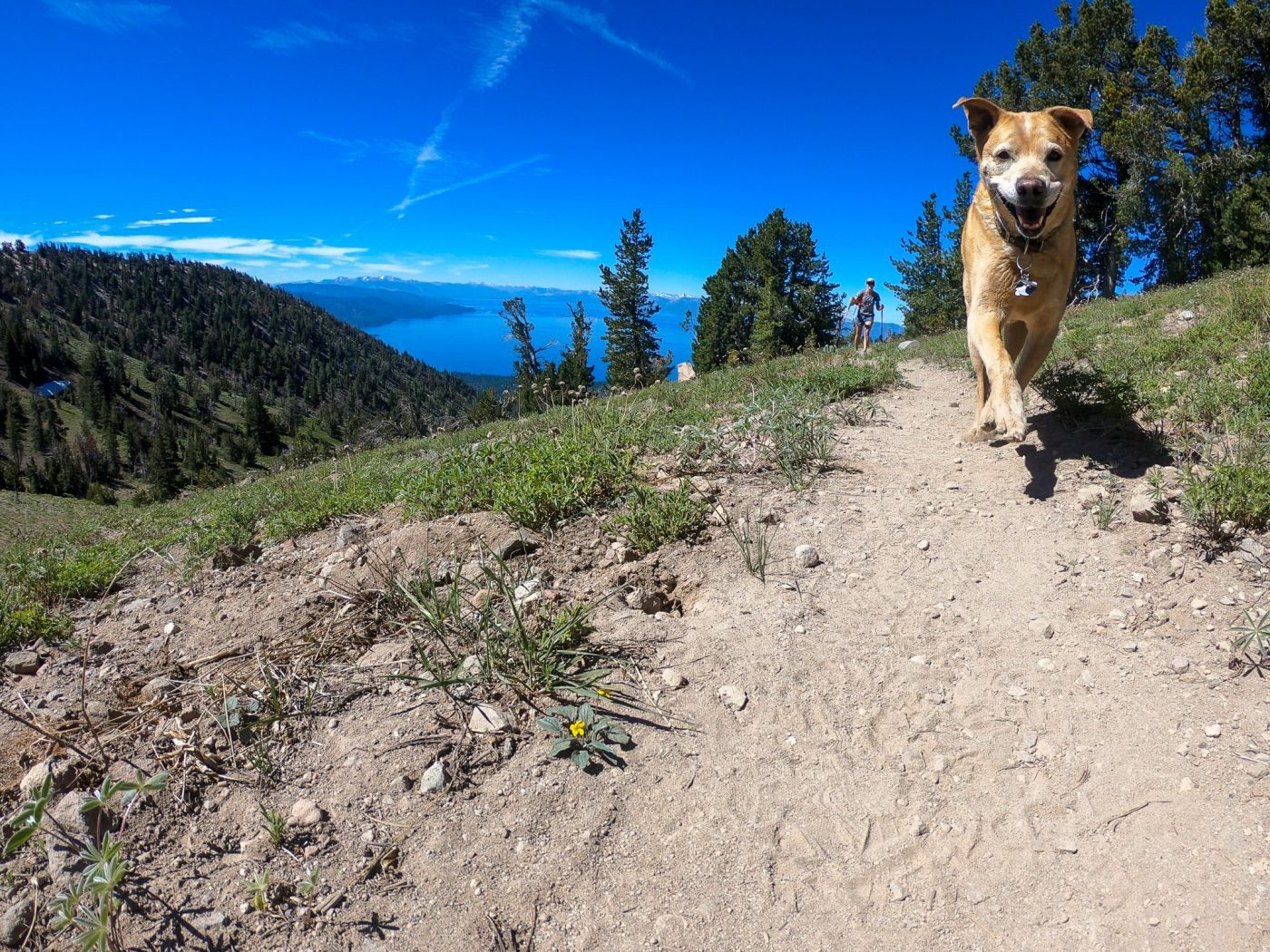 Nina and I getting in some much-needed trail time!

Then it came time to descend from my hike and head back to the car. The way done was one of the most excruciating walks I’ve had in my life. Pain shot from my knee up through my thigh and I knew there was trouble. I was hurt. Later, I realized that this was an IT band and petoralfemoral issue caused by over-training and driving for several days on end. I couldn’t walk more than 100 yards or so without being in pain for several weeks. This was alarming since I was set to climb the Grand Teton two weeks after returning from the Sierra. Although I managed to summit the Grand without any knee trouble, I have been battling injury in both of my knees for the past two months.

Given all of the hiccups and setbacks on my journey out to the Sierra, I absolutely loved learning from Callie about their time on the Pacific Crest Trail. The stories of overcoming hardship, dealing with sketchy individuals, bonding with a trail family and dreaming of food left me wondering if I had the strength to tackle something like the PCT. My answer? No.  But the respect I have for folks taking on the 2,650-mile journey across the western United States is immense.

Hike on my friends. And don’t forget to check out the amazing stories from the Pacific Crest Trail with Heuberger. 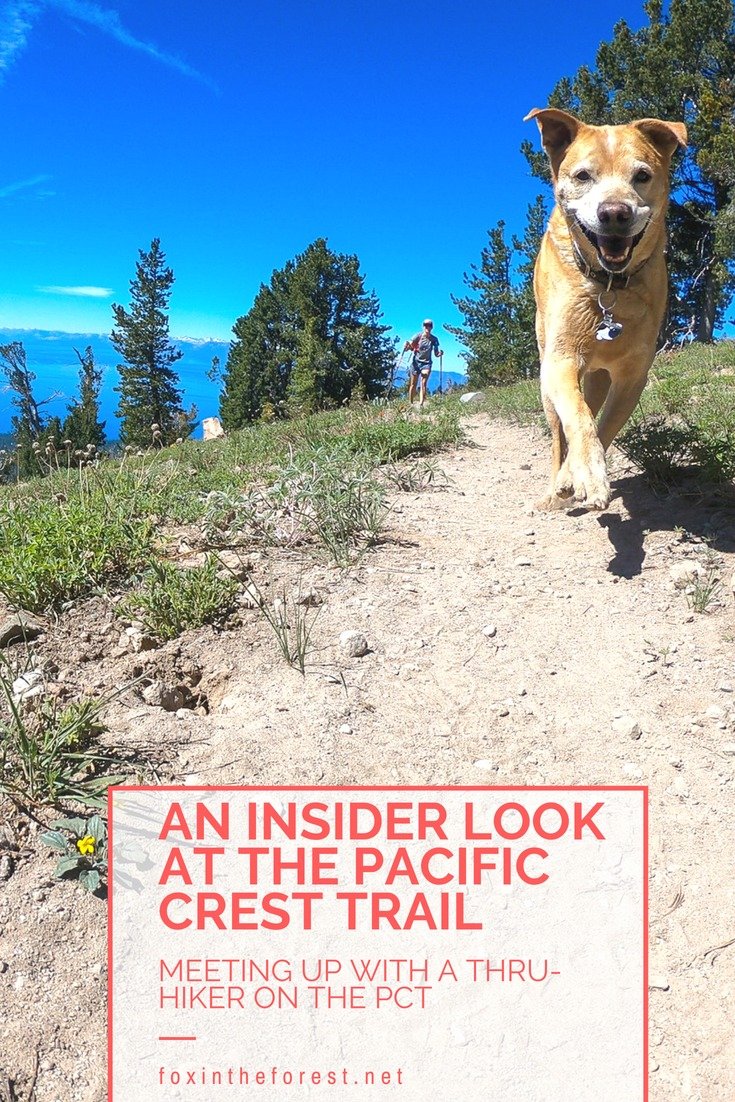