Let Go of Summit Fever: Why You Shouldn’t Care About the Top

This may come as a surprise to you, but I really don’t give a crap about standing on the top of a mountain. Yup, you read that correctly. I’m a  mountaineer and summits aren’t high on my priority list (more on that later). Summit fever breeds a dangerous mindset in the mountains and it plagues both green climbers and seasoned mountaineers. With fourteener season just around the corner, I’d like to throw out my best tips for mountaineers looking to defeat summit fever.

Let Go of Checking the Boxes

A lot of people get into climbing because they want to check off a box on a list. It’s natural to want to organize something, but it can also need to a need to perform, which can cause bad choices.

If you’re the kind of person who has a goal and needs a list to do it, then awesome, more power to you. But don’t let that get in the way of making sound decisions in the mountains. Remember: peak lists are made up by someone in an attempt to organize the mountains. Don’t let it be a burden in your mountaineering career.

I get asked a lot if I’m going to climb all of Colorado’s 14ers. Some people even ask me if I’m interested in the Seven Summits or Mount Everest. Most looked shocked when I tell them no. Lists don’t interest me. I’m not out to climb a bunch of crappy mountains just to say that I’ve done them all. That doesn’t make me less of a mountaineer. Mountaineering means different things to different people and that’s ok. 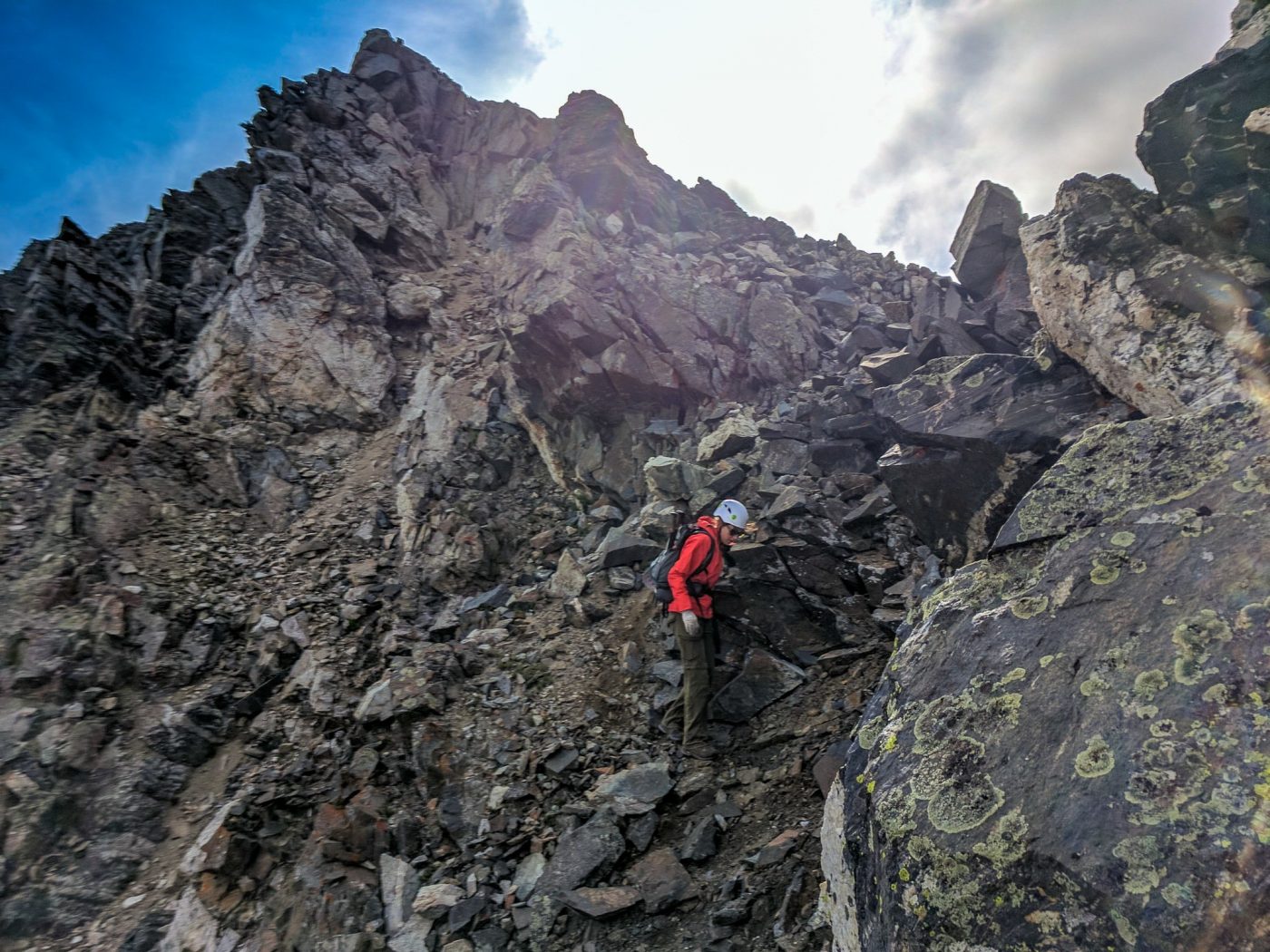 Often times, I enjoy navigating the rock more than the view from the top.

Embrace the Journey, Not the Summit

When you start climbing, it’s easy to get caught up in the mentality that you MUST make it to the top. Ask yourself why? Think about why you love to wake up at an ungodly hour, slap on a heavy pack and drag your ass to a high place for fun. What is it about that act that you truly enjoy? Is it being outside with your friends? Getting physical exercise outside of the gym? Exploring somewhere new? Going where few people venture?

My favorite part about mountaineering is the climb itself. I need a little spice such as some rock to navigate, exposure to endure or a snow to manage. If it’s a straightforward hike with a bit of rock hopping, chances are I’m not interested (unless it’s a special occasion). When I’m out on the mountain, I focus on the part of the journey I enjoy, not getting to the top. You’ll be amazed at how much easier it is to summit a 14er when you forget about getting to the top and focus on why you’re outside in the first place. 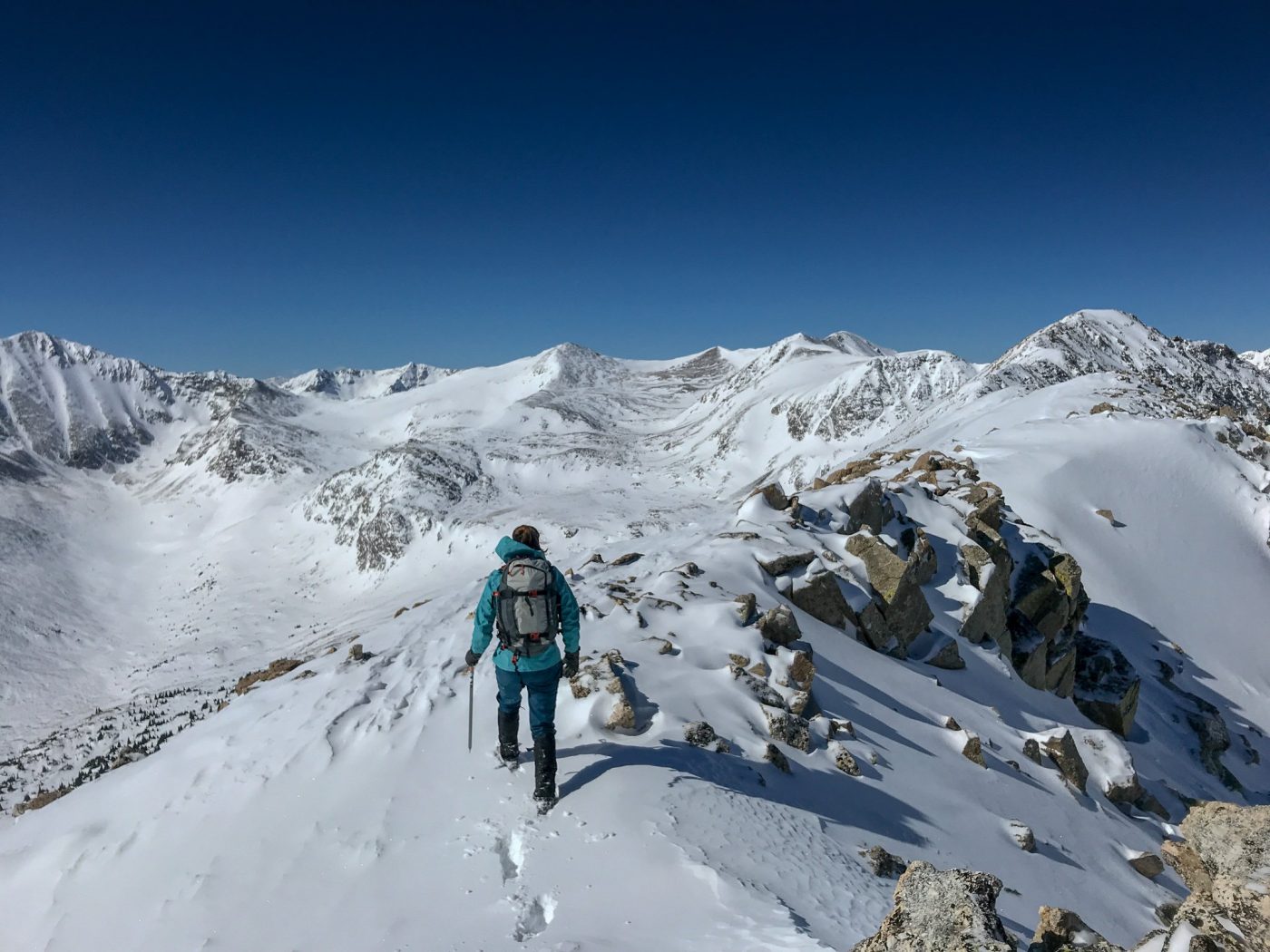 Happily focused on the beautiful scenery and being the first person in months to put footsteps here.

Real Mountaineers Have Turned Around

Yup. It’s a fact. When someone tells me that they’ve never turned around on a mountain, I reply with they haven’t climbed enough. If you climb enough mountains, you’ll eventually be out on a day where you just don’t summit. This can be a total let down, especially if you’ve spent a lot of time, money and effort just to attempt the climb.

However, behind every botched summit is an adventurous tale, some of which teach you incredible things about yourself. Instead of getting down on myself, I wear my non-summits like a badge of honor. It means that I went out and made good decisions that day. Here’s a look at a few of my successful days out, without a summit in the books.

One of the worst stories I’ve ever heard when one of my friends tried to summit a difficult Colorado 14er. They were with a group of people and had to turn back due to difficult conditions. On the way down, one of the group members told my friend that they shouldn’t post any pictures on social media because they failed to reach the top.

Wait. What? Seriously?! Your online reputation doesn’t matter in the mountains, but your safety does. Post those botched summit days with pride, because it means you got outside and made safe decisions. Turning around is a sign of mental strength, a true mark of a good mountaineer. 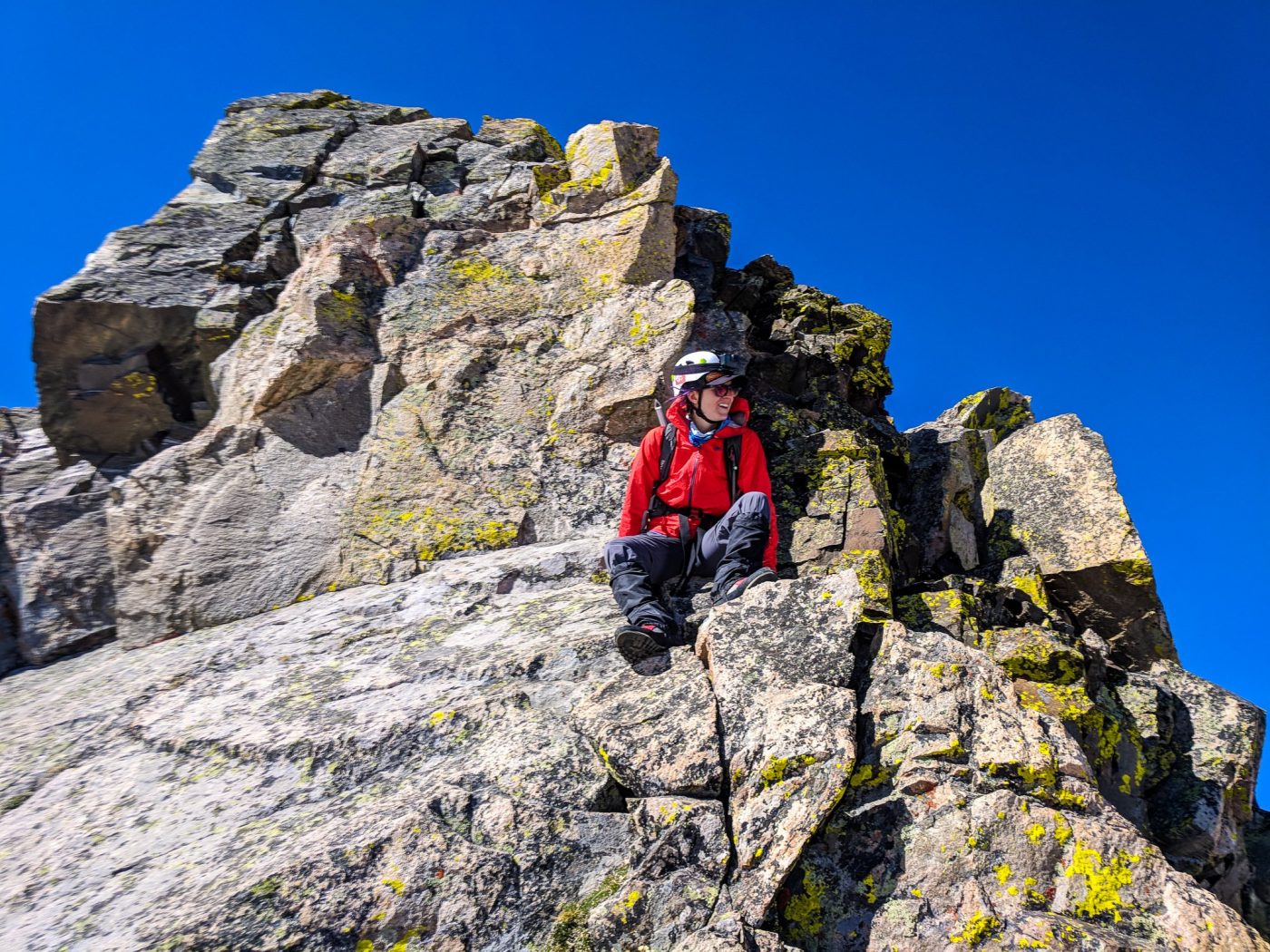 The summit of this mountain was too small to stand on and covered in marmot poop, but it was still my favorite climb to date.

The Mountain Will Always Be There

The age-old saying that the mountain will always be there still rings true. Nothing in the outdoors is worth your life or the safety and well being of others. Sometimes it just isn’t your day. That doesn’t change the fact that you still trained hard, tried hard and got outside. Thank the mountain for allowing you to be there and remember, the choices you make today allow you to return to the mountains tomorrow.

Whether you are looking to climb your first fourteener or you’re going to climb Denali, understanding how to manage summit fever only makes you that much more of a skilled wilderness expert. So go forth, skip the summit and have a blast doing it. 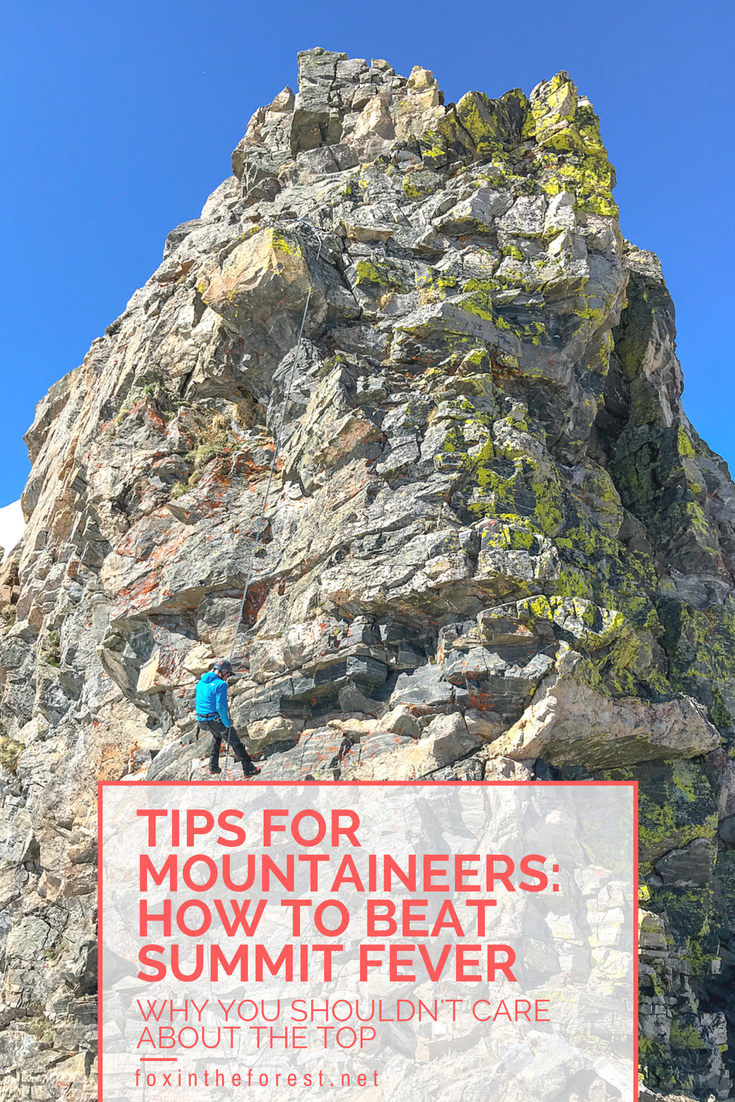