Everyone goes out into the wild expecting things to be just perfect. Sunny days, bug free, no dangerous animal encounters, all limbs in tact. But, that’s not always the case. The adventure starts when things don’t go quite to plan. Backcountry bloopers can range form funny to well, downright life threatening. In the end we come away a little tougher and with a little more know-how. And hey, it usually makes for a great story! So kick those feet up, get snuggled up next to that fire and roast a marshmallow. Let’s share some campfire tales!

Visiting Borneo has been a dream of mine ever since I was a child. After finding an amazing flight to Kuala Lumpur and a $20 flight to Sandakan, the gateway to the Kinabatangan river, I went for it.  We stayed in an amazing accommodation that was eco-friendly with staff that was incredible at spotting the monkeys, no matter how far away they were.  In all, I saw five types of primates, including three wild orangutans!
The catastrophe came on the day that we went jungle trekking.  Even before the trip, I was TERRIFIED of leeches and even purchased leech socks to wear.  That morning, I asked our guide who told us it was better in some ways not to wear them, so you can feel them–and flick them off (rather than keep looking down).  He convinced me, so I decided not to although I still wore long pants and a long sleeve shirt. 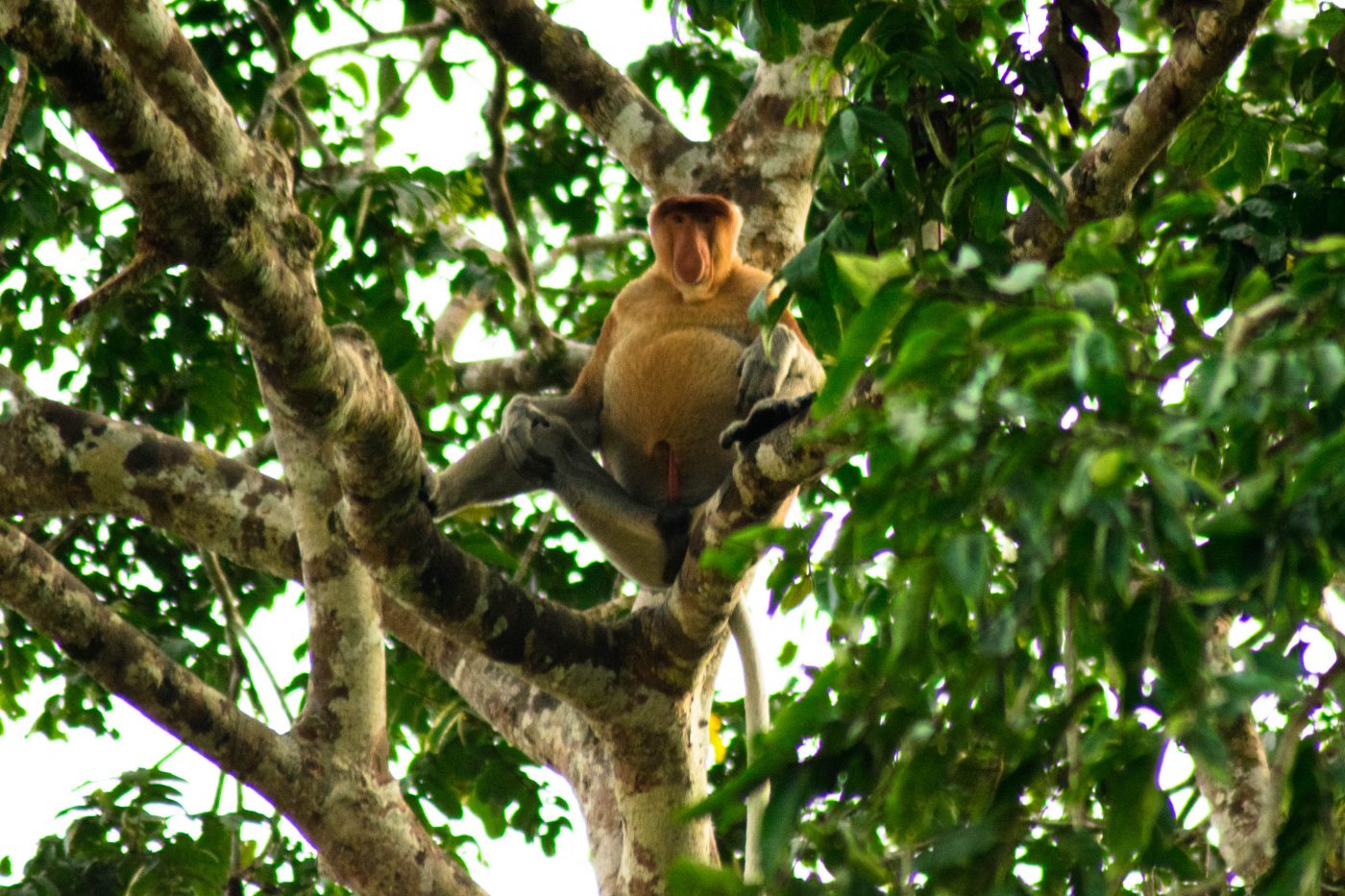 It had just rained the night before, which does not bode well for leeches, who wait on the leaves around the hip level to jump onto you.  I decided to tie my shoe and as I sat there, two leeches fell from above: one onto our guide’s shirt and the other onto my boyfriend’s covered arm.  One was flicked off quickly, but as I watched the one wiggle up Vincent’s shirt (our guide) and try to bite his neck, I was proud for not being the target.
As we kept walking, I felt a weird stinging bite near my ankle, but didn’t notice anything.  I ignored it although it continued and I was concerned that if I stopped or pulled my sock down, it would be worse than checking.  As soon as we got on the boat back, I was SO proud that I had not been bitten by a leech.
After a beautiful and slightly tricky trek, we go back to our accommodations where I discovered a leech had bitten entirely through my sock–and into the skin. I cleaned it off quietly although I started carefully visually inspecting every leaf (as well as my ankles) for leeches until we left Borneo. 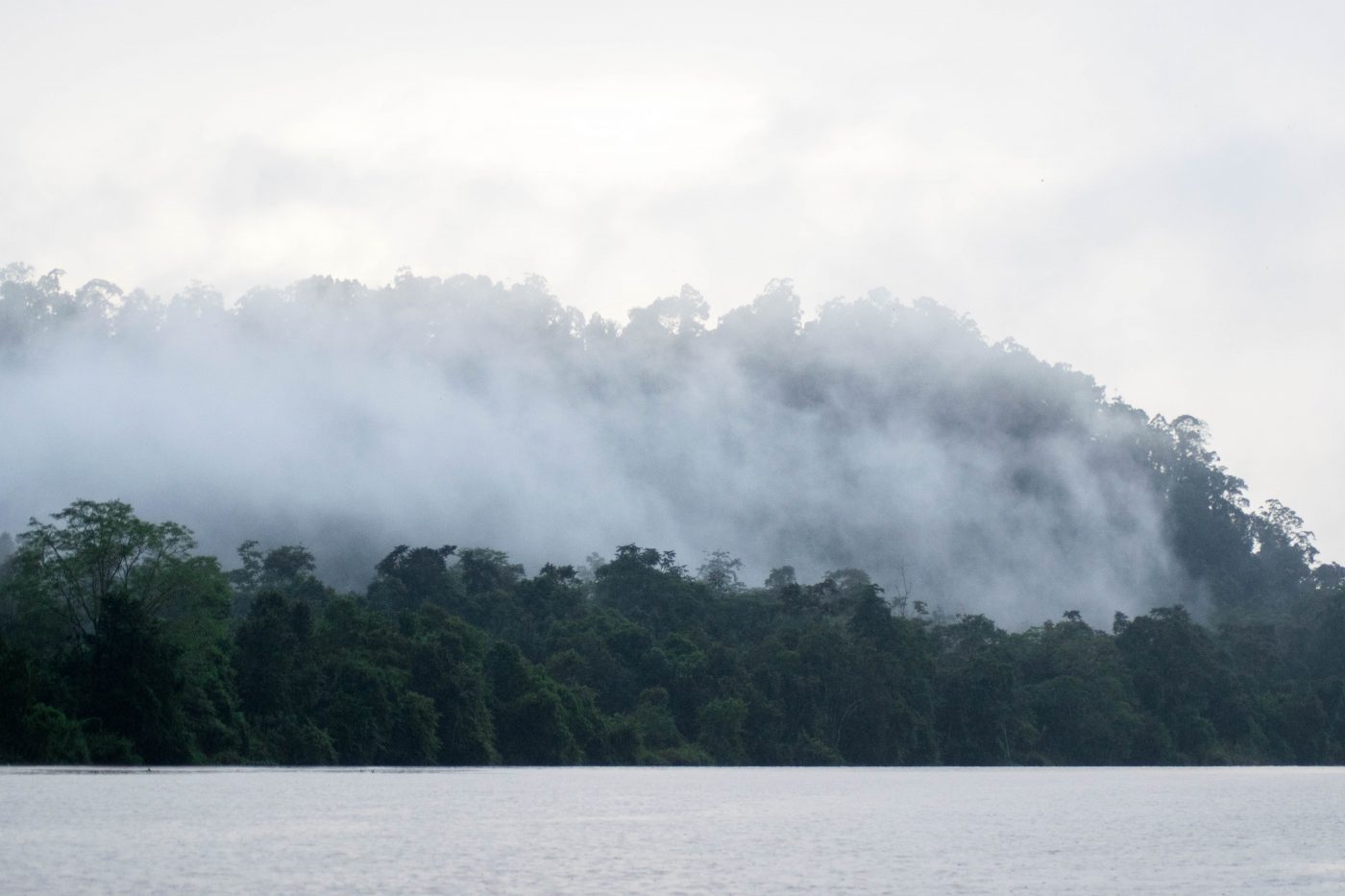 Karen is a New Yorker now living in Amsterdam who loves adventure travel, seeing wildlife in their natural habitats, and exploring cultural destinations.
You can visit here over at: www.wanderlustingk.com
Or check her out on Instagram at: @wanderlustingk
Her Pintrest is also full of goodies: Wanderlustingk

1100 miles into my thru hike of the pct I fractured my ankle. Actually at the time I convinced myself that it was ‘just’ a sprain. To make things even more exciting when this happened I was 2 miles from camp but 33 miles from the nearest road! After a lot of tears and help from my hiking saviors I limped to camp. I was already in get-to-Canada-or-bust mode so I knew I needed a plan. (full disclosure: this injury was totally my fault born of my fear of river crossings. Moreover rushing water + wet shoes + wet log = bad fall) So my plan was to limp/hike 10 slow miles a day, over Sonora Pass out to a road and hitch to town.

Easy, well so it seemed. Except on the very first day I took a wrong turn and limp/hiked 3 miles in the wrong direction! Suffice it to say I had a huge breakdown in the middle of nowhere and didn’t get very far that day. I managed day 2 without getting lost, figured out a way to limp/hike faster and made up some miles! Day 3 my confidence buoyed by the thoughts of being somewhere warm and off my ankle that night. I was making great progress stopping occasionally at snow fields to stuff snow in my sock! 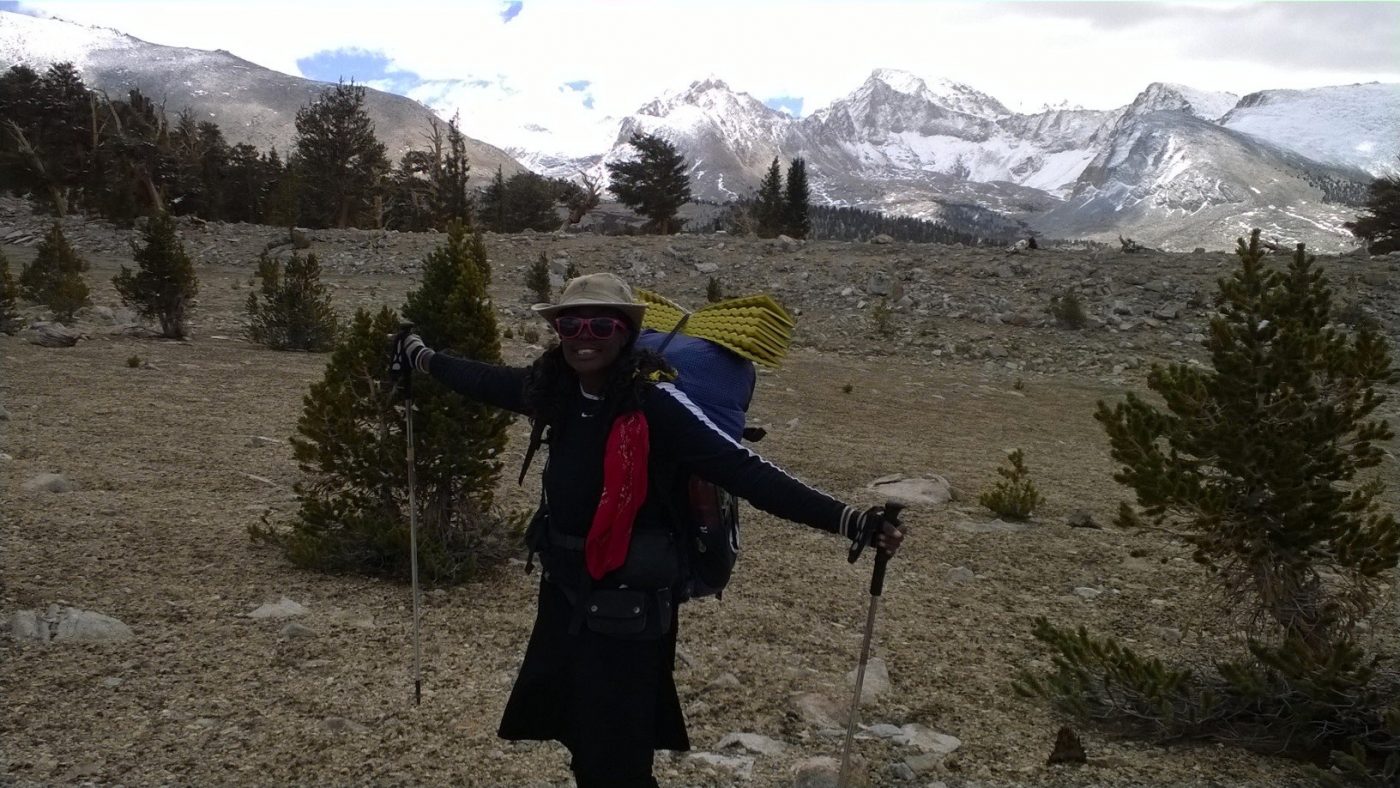 Coming over the last snowy pass I knew I would make it! I could see the road from the summit! I could also see the trail winding off around ANOTHER mountain! No I thought, that’s so far. That’s when I made the oh so brilliant choice to-leave-trail, and make a bee line to the road. I could slide down the snow (glissading, way better than limping), cross the wooded field and be there in no time. So off I went. Bad Idea.

PSA: Never leave the trail, especially if you are injured and nobody knows where you are!

After quickly sliding down the mountain I realized the error of my ways. The small wooded field was by no means small and there was a steep drop off between me and said field. DOH! With the sun dropping quickly I couldn’t bring myself to climb back up so I continued on. I found a way down but I would first have to cross a stream of rushing snow melt. Remember that fear of stream crossing I mentioned. After some crying and beating myself up I forded that freezing stream wonky ankle and all. Bushwhacking the whole way I finally made it through that ‘small’ wooded field and up to the highway! With some help I hitched into town and subsequently made it to Canada! Lessons Learned! It’s not an adventure til something goes wrong! 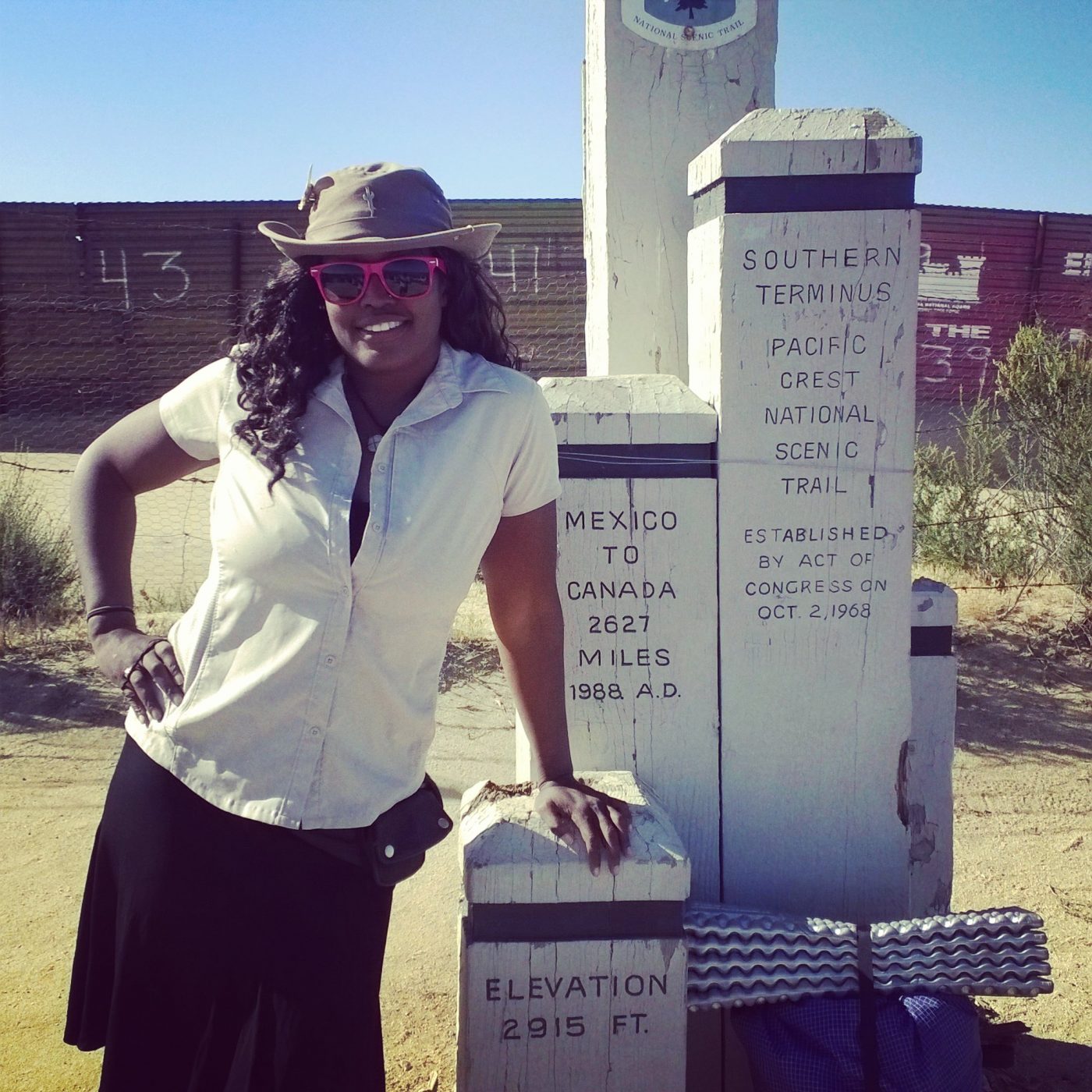 By Elyse at Wandering Chardonnay

Elyse is one badass hiker having completed the entirety of the Pacific Crest Trail (way to go!) and most of the Appalachian Trail, and is now preparing for the ultimate US thru-hike: The Continental Divide Trail in 2017.

So it was our first backpacking trip as a couple. My boyfriend and I had slogged down this steep downhill all day after outrunning a storm in an exposed valley at 12,000′. Despite being tired, spirits were up as we reached our chosen for camp that night.

As the sun began to hang low on the horizon we headed down the trial a bit to fetch water. Squirrel decided he would hop across the stream to a small patch of grass to get to a better spot to grab water. His enthusiasm got the best of him and he slipped and plunged into the beaver pond beyond the stream. Oops… 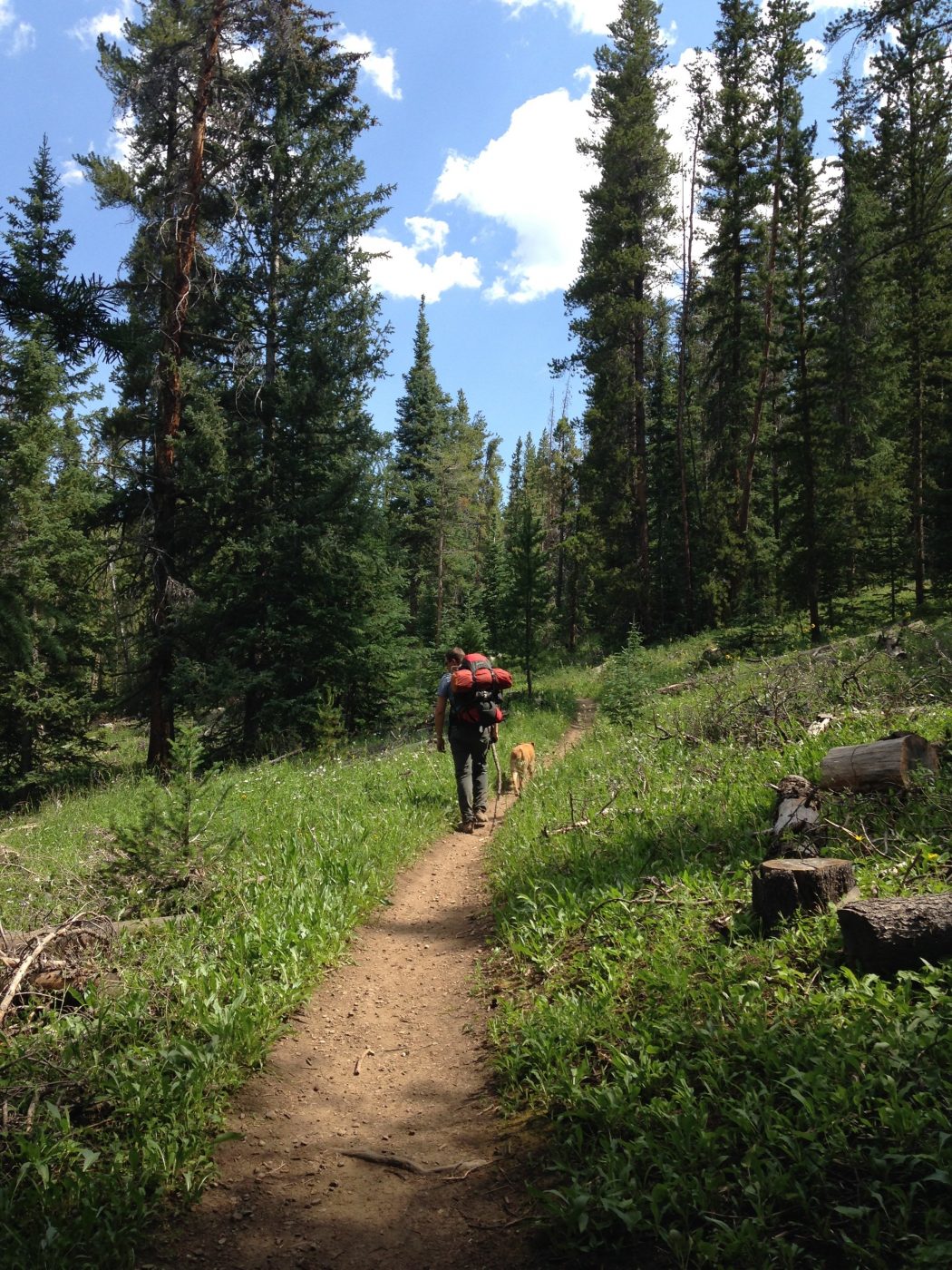 No biggie, we thought. It’s still pretty warm and we can get a big fire going and make a teepee of sticks to hang the wet footwear over to dry. Naturally, we began grabbing wood for a larger fire.

“Uhhhh, Squirrel, what’s that on the ground? It looks like bear shit.” I said suddenly moving a large log.

“Well Fox, that is indeed bear scat.” We looked around, there was poop everywhere! With wet footwear, tired bodies, and a sun on the run towards the horizon we weighed our options. Laziness set in. We chose to kick that fire into high gear and stay put for the night.

After a night of fitful sleep we woke at 5am with an urgency to get the hell out of there. We set out in the early morning sun and as we rounded the bend in the trail there was a sudden crash, bang, crunch. A creature, quite larger than us, was also in a hustle to get moving. We never saw what it was lurking in the trees, but we were happy knowing that we made out it all in one piece! 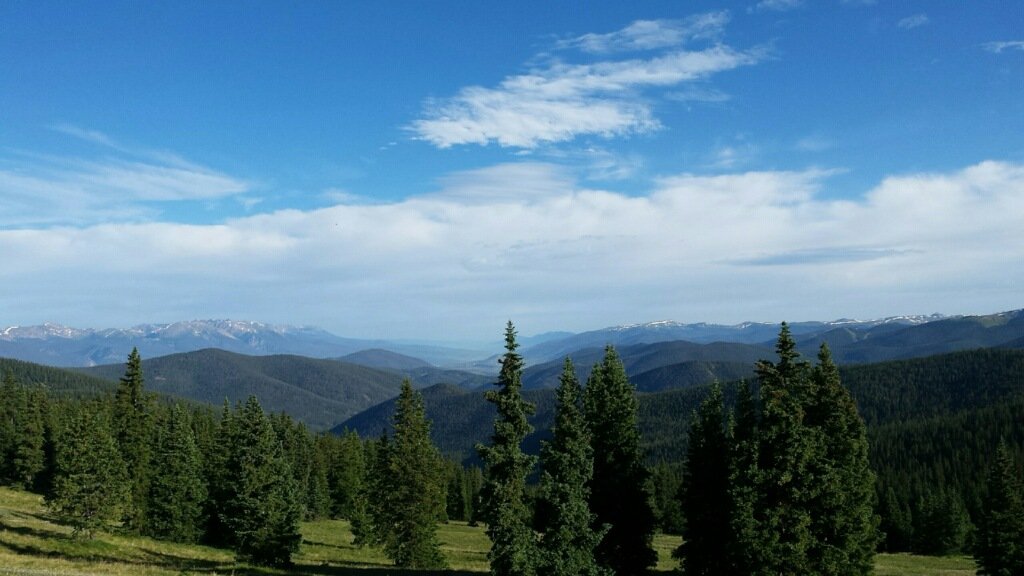 Do you have a campfire tale? Been stranded? Had to deal with an unexpected encounter with wildlife? Ever dealt with spooky things that went bump in the night? Lost the trail? I want to hear from you! Send me your stories! You don’t need a blog. Submissions are to be 300-500 words long with 2 high quality photos. Drop me a line here! 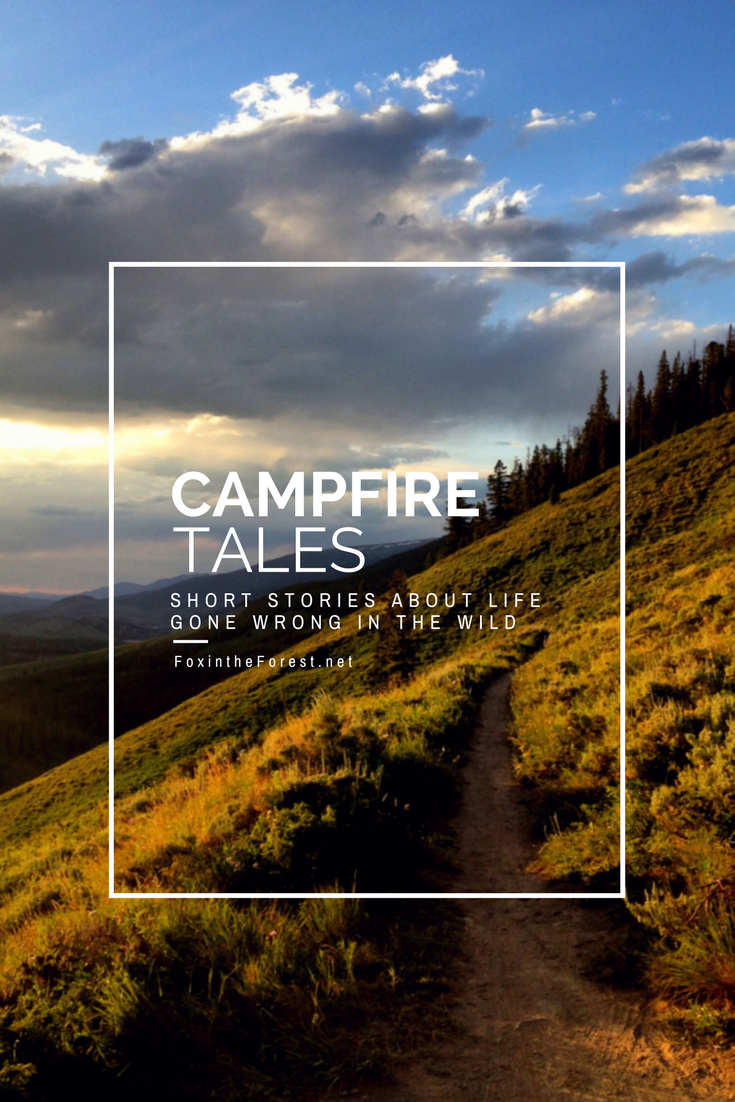