It is no secret that outdoorsy folks speak their own language. For example, climbing has some strangely sexual terms that can cause some sideways glances. Skiers and snowboarders use terms that sound as if they are making a drug deal. Mountaineers, bounce between French and German, just to keep things spicy. Join the conversation with these mountain slang terms.

Noun. An ice climbing term referring to that sweet, sweet feeling of nailing your ice tool in just the right spot to get a good hold.

Example: The ice is a little melty now and I am getting awesome sticks! 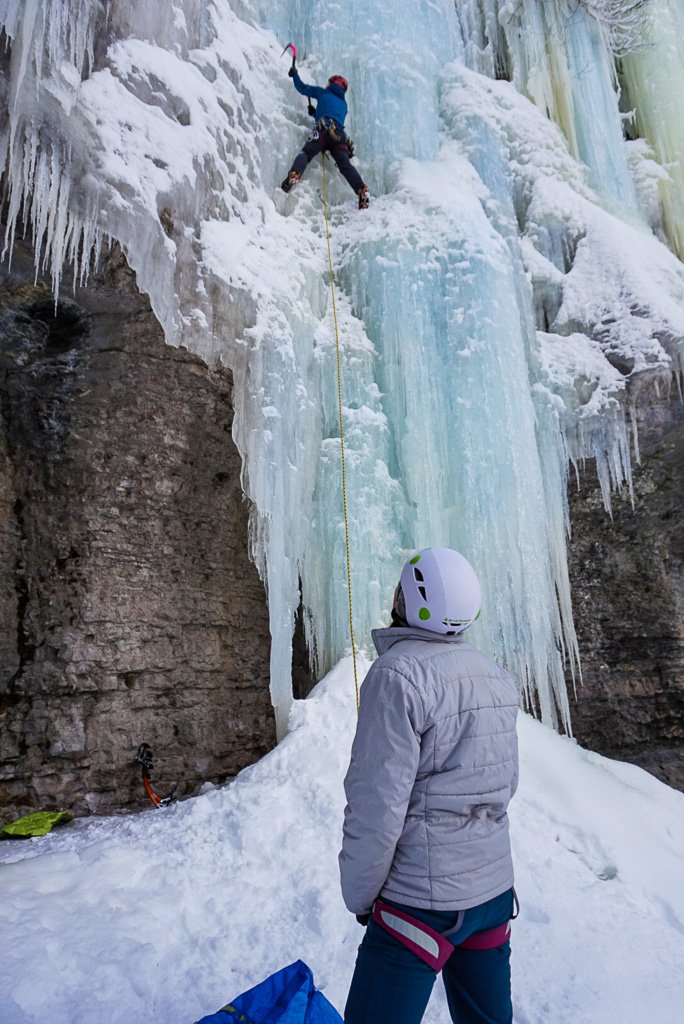 Getting some rad sticks!

Adjective. A climbing and mountaineering term referring to good, quality rock. Bomber or bomber proof means that the rock is stable and excellent for climbing.

Example: You are going to love that route; the rock is totally bomber!

Noun or adjective. All sports. Describes a situation where you look around, and you’re surrounded by dudes, swimming in their dudeness, talking about dude things. Most likely it smells of fart and there is simply too much chest hair to manage.

Example: I went ski touring the other day and it was total dude soup!

Noun. Sport: Mountaineering or alpine touring. Short for couloir. A feature on a mountain that is like a funnel. Usually sided by two steep walls on either side. They fill with snow in the winter and are climbing and alpine touring features.

Example: Let’s ski that coulie once the avalanche conditions improve.

Noun or Adjective. All sports. When the adrenaline is pumping, spirits are soaring, and you are having a fabulous time.

Example: My stoke level for this coulie climb is so high! 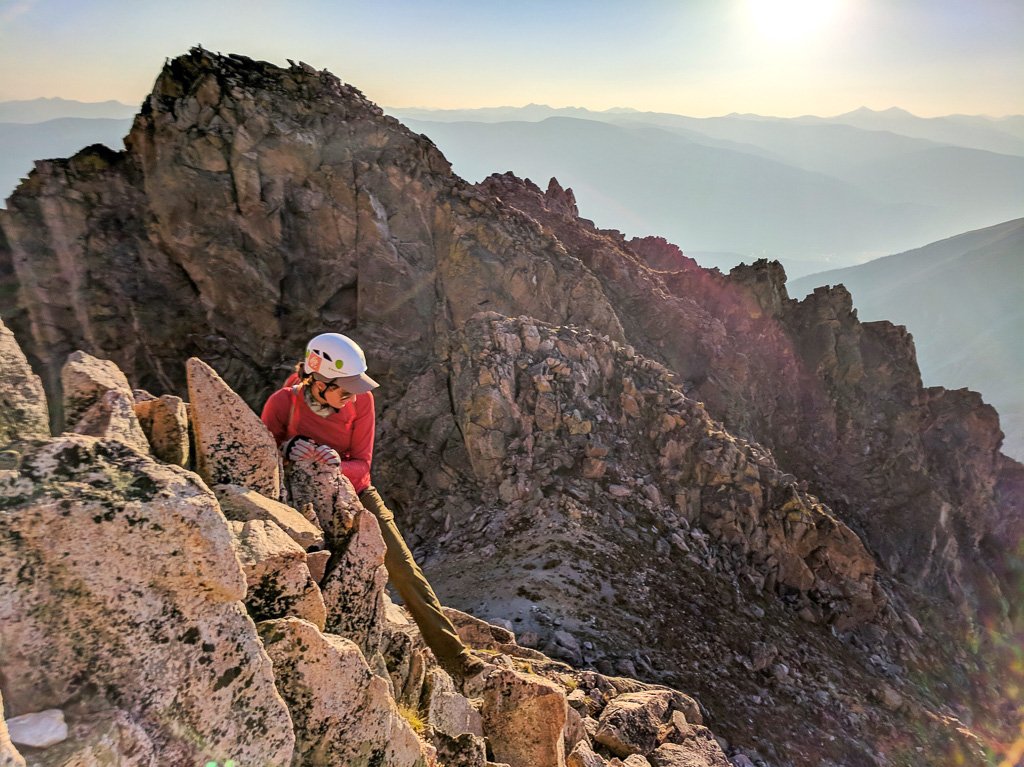 Pretty stoked to be scrambling this bomber rock!

Noun. Sport: Ski and Snowboarding. Refers to skiing or riding a new line of powder. Laying down fresh tracks in the newly fallen snow. Essentially, it is heaven on earth.

Example: I went out and skied endless freshies all day.

Noun. Mostly used in the backcountry ski world. Another term for an alpine start. Refers to when you are up before dawn and well on your way to your destination as the sun rises.

Example: Hey, do you want to go on dawn patrol and run a few laps in the backcountry before work tomorrow?

Noun. Used in climbing and mountaineering. Short for protection. Pro is the gear that forms any anchor such as a nut, ice screw, picket, or camming device. Pro is used during a climb to minimize the consequences of a fall.

Example: What pro will I need for that climbing route?

Noun. All sports. The bag that holds your human waste in the high-alpine, on a rock wall, or other sensitive environments. A wag bag contains a special gel or powder that absorbs moisture and stink. You then pack your bag out when you leave the wilderness.

Noun. Climbing. Refers to big, meaty holds you can really sink your hands into.

Example: Aw man, that jug was a godsend after all of those crimpers! 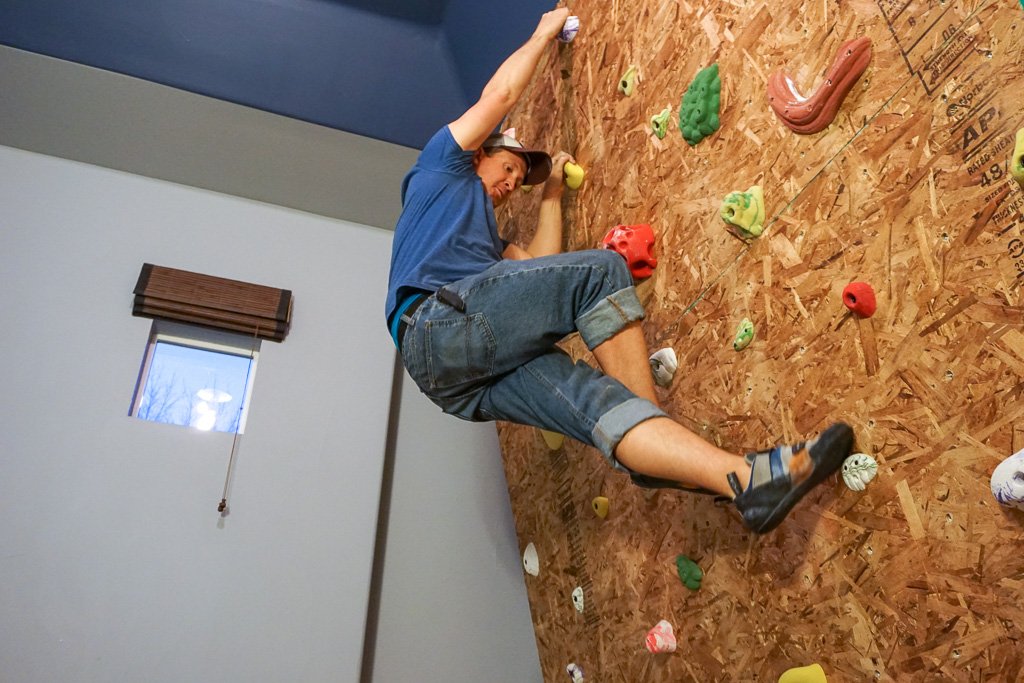 You can hang forever on those jugs!

Verb. Mostly mountaineering, but applicable to all sports. Refers to utter exhaustion, fits of anger, mutterings, and general upset about moving for far too long. Usually followed by a much-needed break.

Noun. All sports. Oh yeah boys, watch out, it’s a thing. Refers to a female urinary device that allows us ladies to confidently pee standing up. Because let’s face it: squatting sucks.

Example: I’ve got to stop for a quick pee. Don’t mind me, I’ll just whip out my chick dick.

Noun. Mostly used in the skiing and snowboarding world, but catching on elsewhere. A clueless individual often dressed to fit the part. A dead giveaway is the gaper gap or gap between their helmet or goggles. Also, refers to as someone who stares in amazement as you do something quite normal on the mountain. Off of the slopes, it is a generally clueless individual who often doesn’t know or respect the unwritten rules of the wild, trashes places, takes a lot of photos, and doesn’t know how to dress for the environment.

Example: Whatever you do, don’t be a gaper. 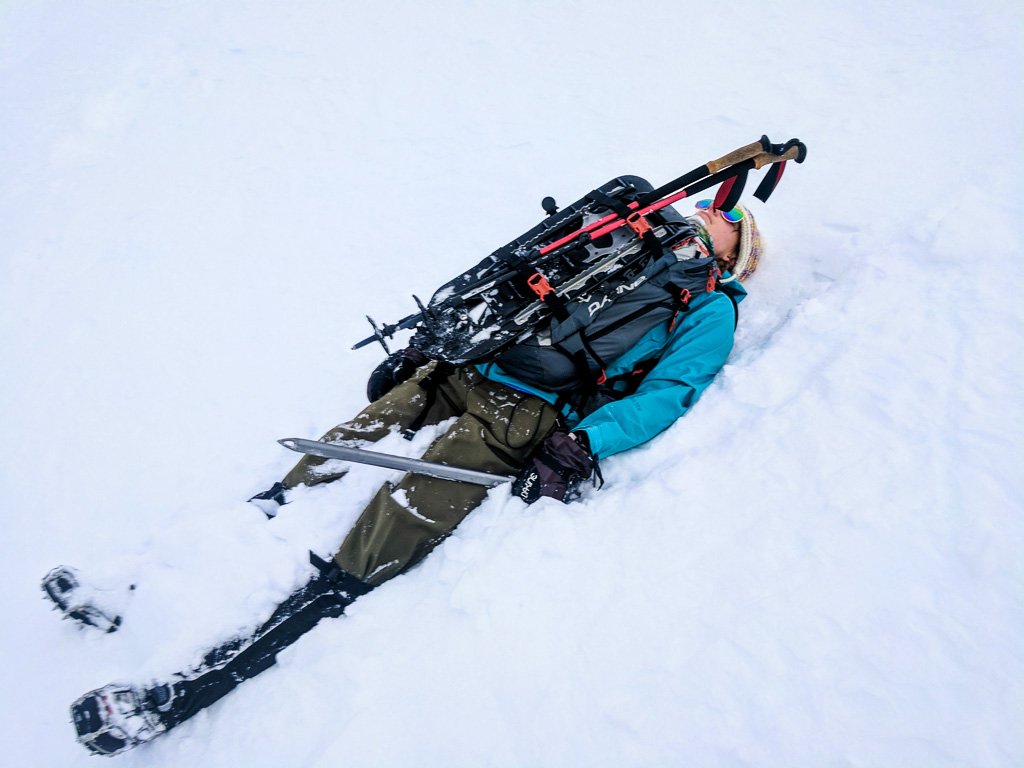 Look Ma I’m multitasking. Bonking and gaping…all at once!

Noun. Climbing. Refers to a set of pro carried by a climber along their harness. Each route in trad climbing (where you set your own pro, instead of using pre-existing bolts) requires a unique rack.

Example: I’ve got a climbing rack that will work for that route.

Noun. Used in climbing. Refers to a big fall in lead climbing where the climber usually falls a great distance because he/she has not set pro in a while, the belayer has too much slack in the line, or the fall happened near the next clip.

Noun. Climbing and mountaineering. A pinnacle of rock on a mountain ridge. Pronounced: jawn-darm. 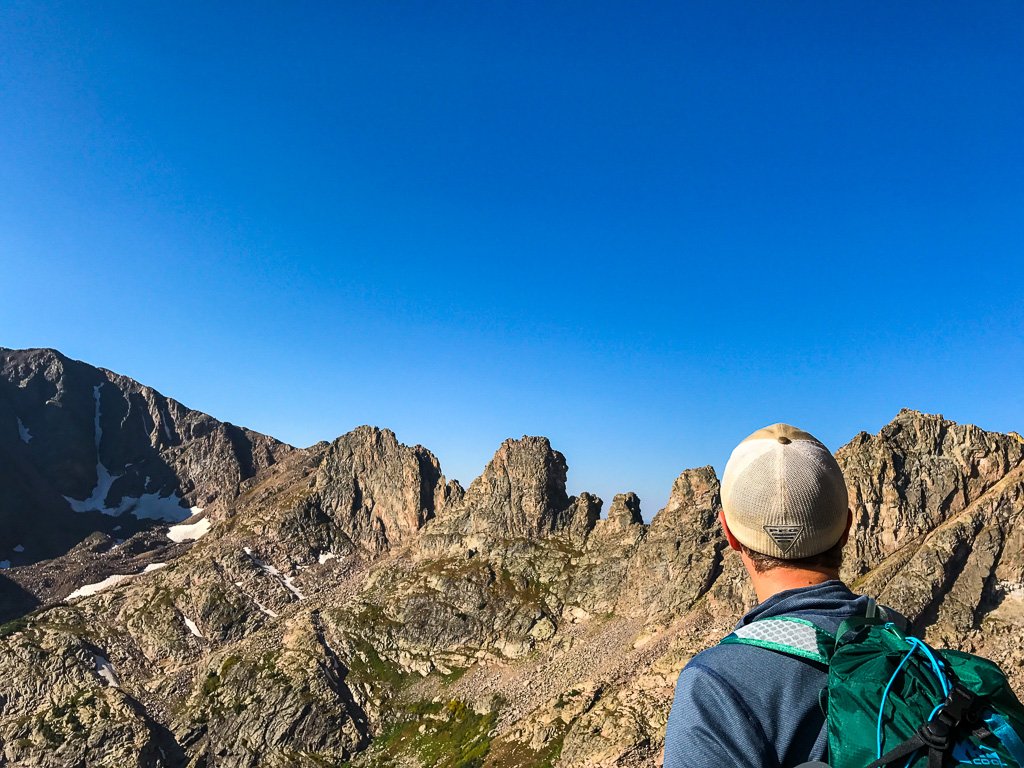 Checking out the gnarly gendarmes

Verb or Noun. Short for bivuac. A mountaineering term for a high-mountain camp. Usually, bivying does not involve tents. Instead you use a mummy-like body bag to sleep on the side of a tiny mountain ledge. A bivy refers to the bag, or the act of having to sleep with very little on the mountainside.

Example: It was a rough day, we had to bivy just below the summit.

Now you are armed with a few mountain slang terms for your repertoire. The next time you’re outside, throw one of these terms into the conversation.

Want more? Sign up for my newsletter and get more knowledge to arm yourself with the skills you need to get outside. 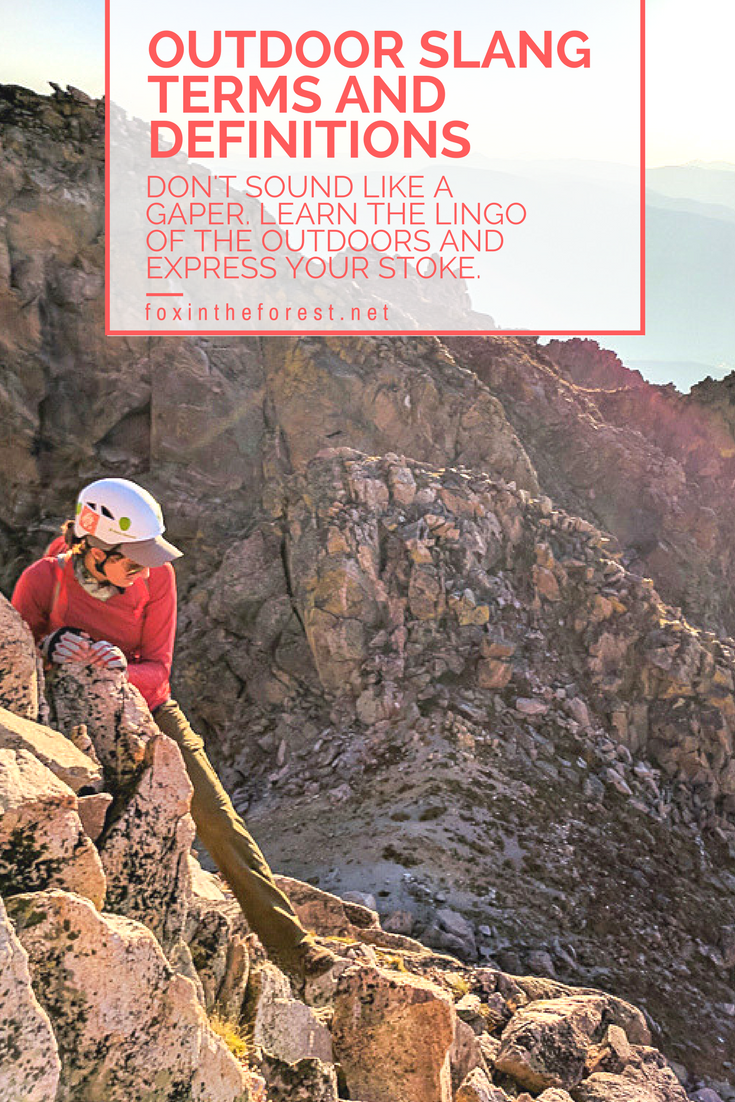