Laying awake under the mosquito net I’m staring at the ceiling of the bungalow. The air is still thick, and covers are useless. Silently, I listen to the orchestra of sound around me. Each species rhythmically singing its tune, as if they’ve all been practicing for centuries. Despite the exhausting humidity and general uncomfortable feeling that comes with constantly being covered in a film of sweat I’m at ease. The noise is deafening – as if someone is blasting a system right by your bedside. However, I’m pleasantly tired. It’s as if every moment was meant to exist just like this. 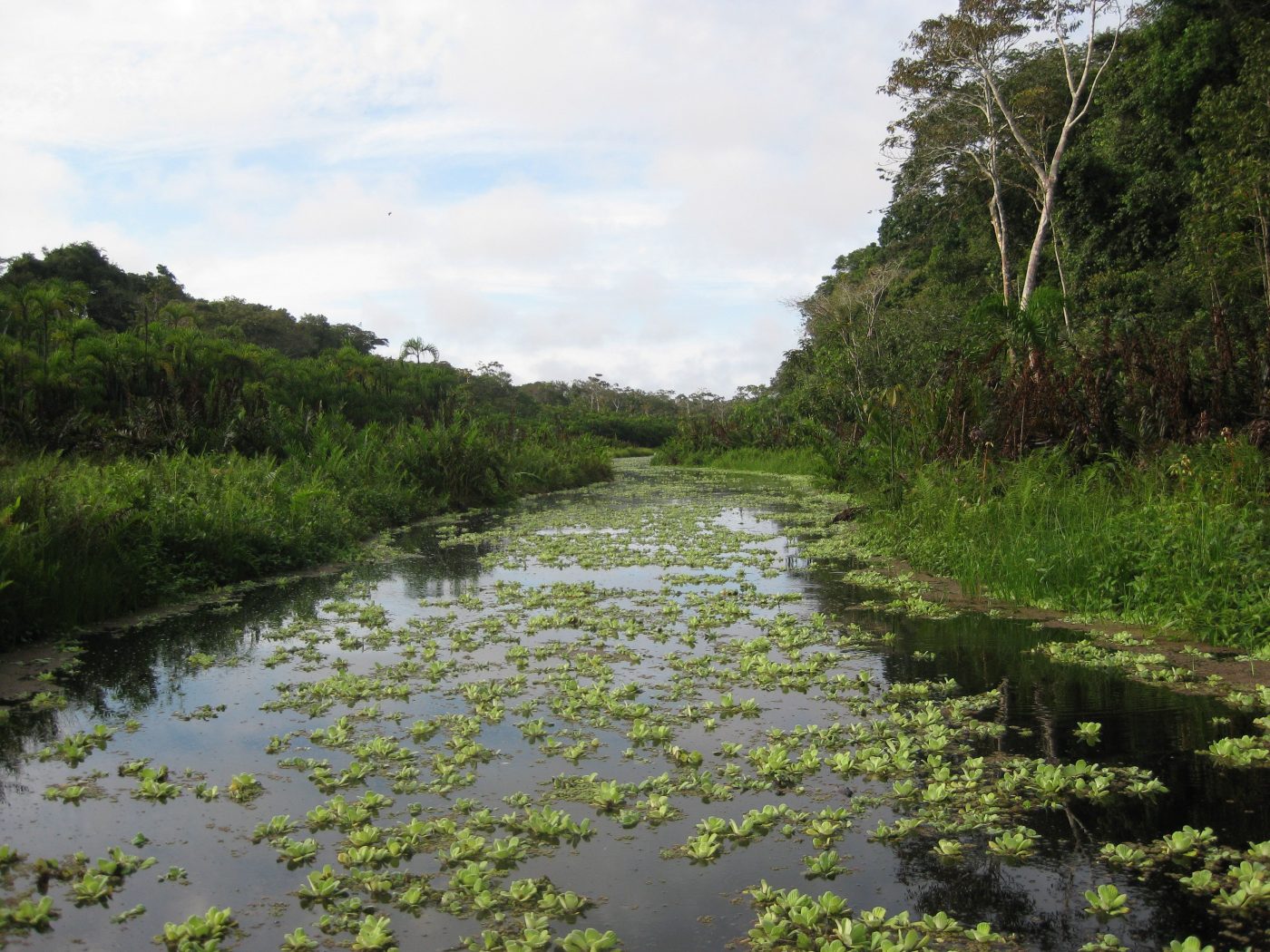 Density on a Whole New Level

The Amazon Jungle is the Tokyo of the natural world. Instead of car horns, music and blinking lights there’s frogs, monkeys, and flowers. The traffic becomes lazily moving rivers slowly winding there way through the landscape. Buildings morph into trees of all shapes and sizes battling for their brilliant green leaves to spread their wings among the sky. 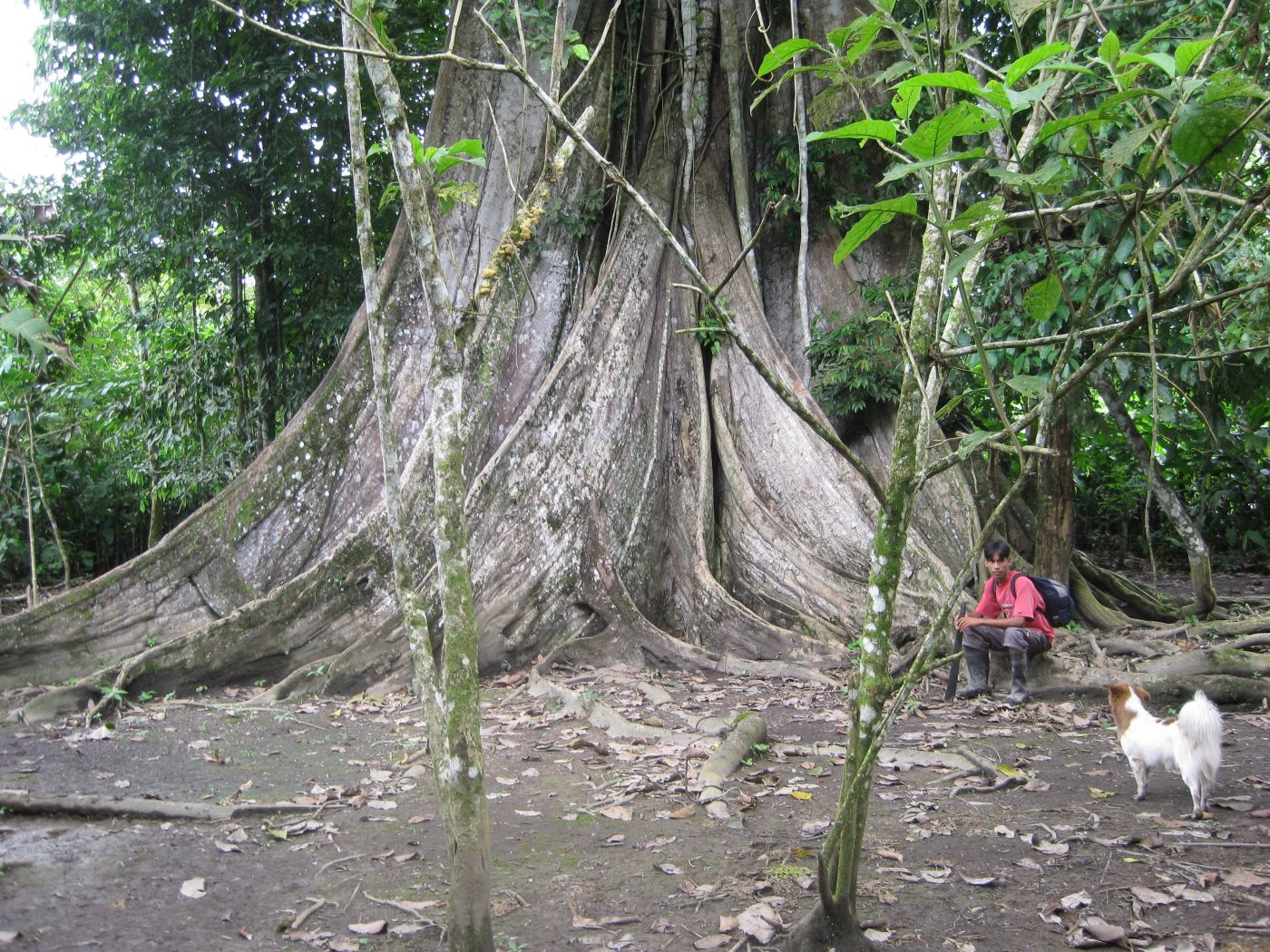 Nothing can describe the sheer density of flora and fauna in such a diverse landscape. The rhythm of the day pulses onward, just as rush hour traffic envelopes each morning, monkeys calling, birds crying, and the daytime cold-blooded creatures soak up the morning rays. As the day wears on, all get quiet, until the night shift shows up. That’s when the real show begins. 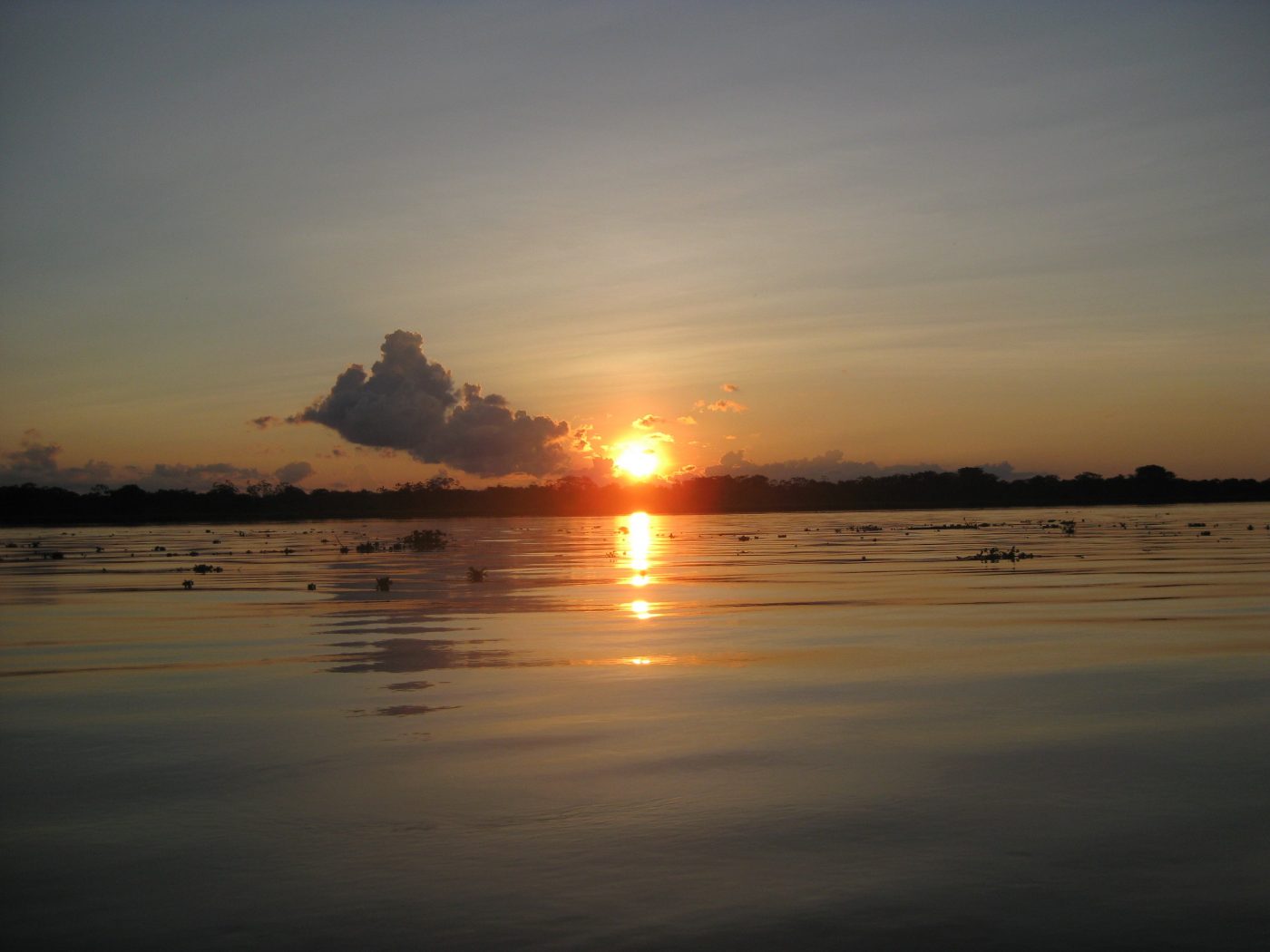 Reconnect with Your Senses

Your senses awaken in the Amazon. Listen closely and you’ll hear the monkeys. With a keen eye, you can easily spot a giant iguana basking on a palm frond. The sweet smell of the earthy forest permeates everything. Edible fruit tastes sweeter than sugar. It only took a few days to get into the rhythm of the jungle. The place pulses with life and all you have to do is open your senses to this extraordinary landscape. Travel to the Peruvian Amazon reminds you to reconnect not only with nature, but how you relate to nature.

Headed to the Amazon? Check out this comprehensive Amazon packing list! 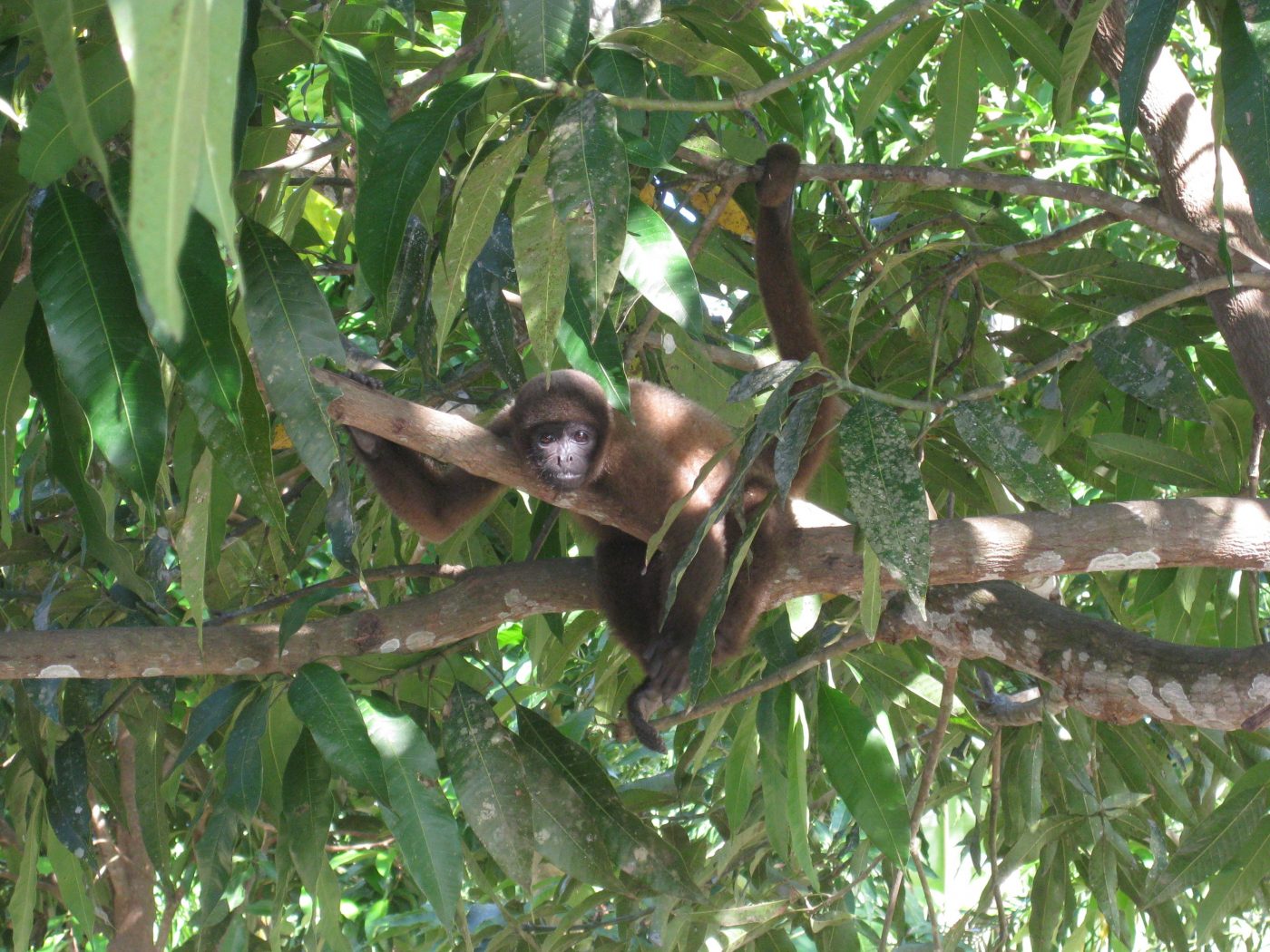 I’ll be the first to admit it – I hate bugs. In fact, I’m petrified of spiders. The second I booked this trip I got extremely anxious – what are you doing?!? The place is teaming with spiders! That’s not far from the truth, at all. My bungalow had a friendly neighborhood roach that probably measured 8″ long. You know what I learned about the creepy crawlies? They want nothing to do with you. Climbing and crawling about on your skin, hunting you down, biting, stinging, scratching and causing a ruckus? Those are activities that are simply not on their radar. Most of the time we encountered these creatures they would run the other way. 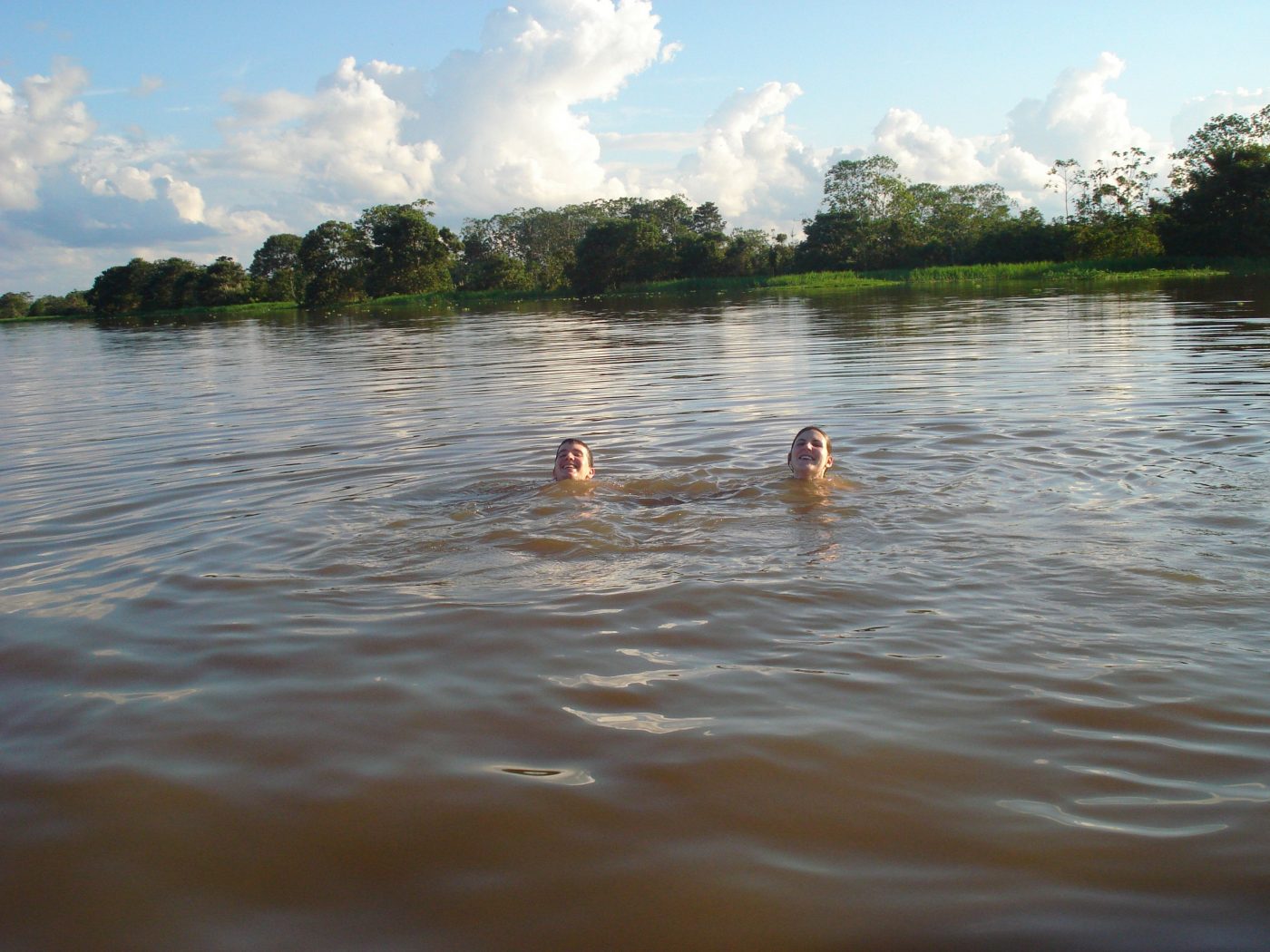 When I first showed up in the jungle I would wear a rain jacket at night with my hood up, in fear that the bugs were out to get me. By the end of the 1st night I realized that for one, this was an extremely sweaty way to go about business. Number two, bugs weren’t waiting to fall on your head and kill you – they mostly ran from you. 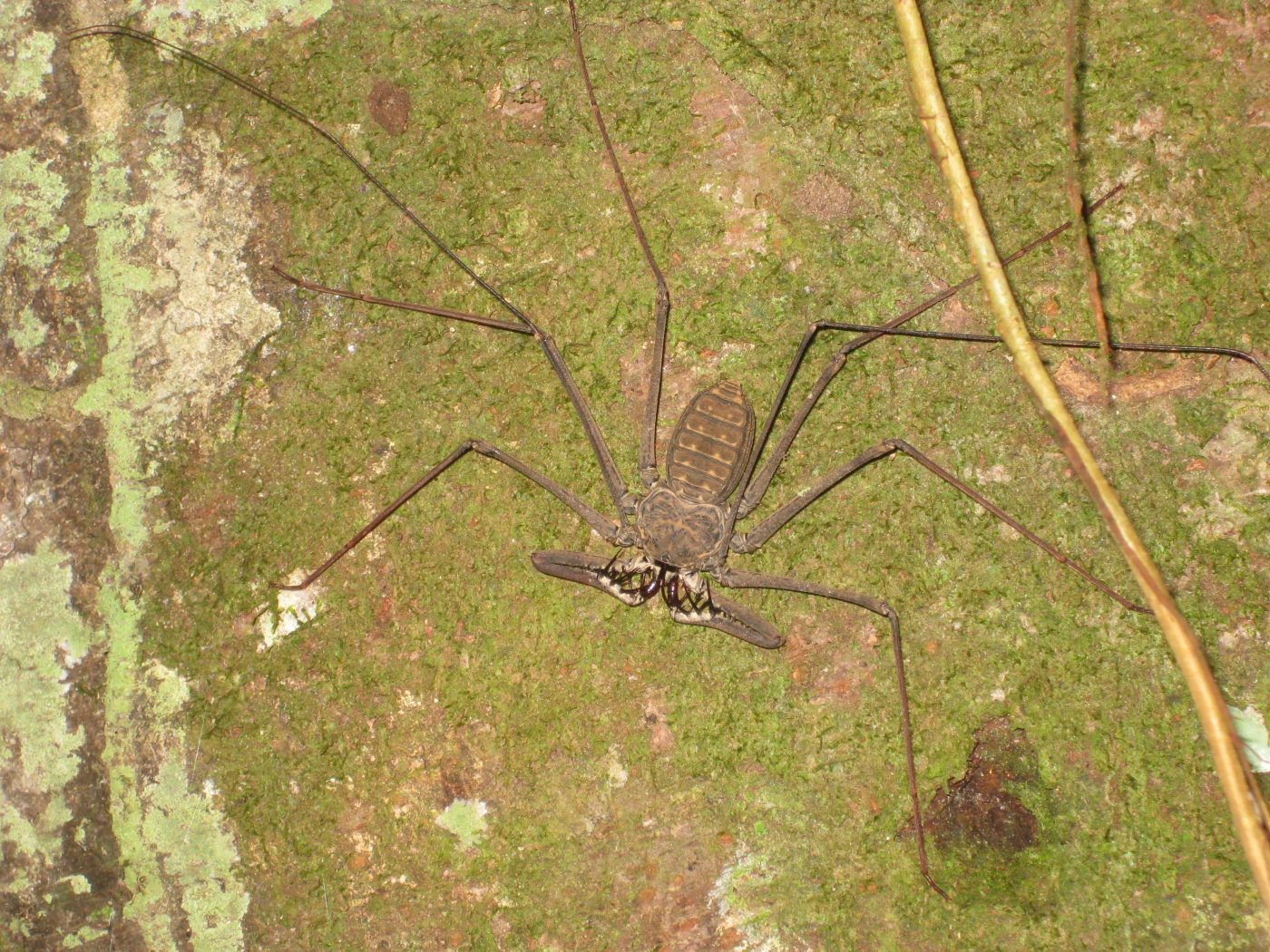 The only exception to this rule is the mosquito. I spent time in the Amazon in March, which is the low season for tourism and the high season for mozzies. They love me so much that they decided to lay eggs in an exposed part of my leg. Yes, it was insanely gross and very itchy (I’ll save you the photo). Don’t be dumb like me – wear pants when traveling in the jungle. Even the DEET-est of DEET will not protect you here. Were the un-welcomed guests on legs worth it to canoe through the rainforest during the river’s high season? Absolutely! I had the place to myself.

A People in Flux

Travel to the Peruvian Amazon isn’t Disney World. It’s a real experience. You’ll be greeted by barges of tropical hardwoods plunging down the river. There will be armed guards, military, and poverty. People struggle and want the comforts of modern life, while still trying to stay rooted to their tribal heritage. 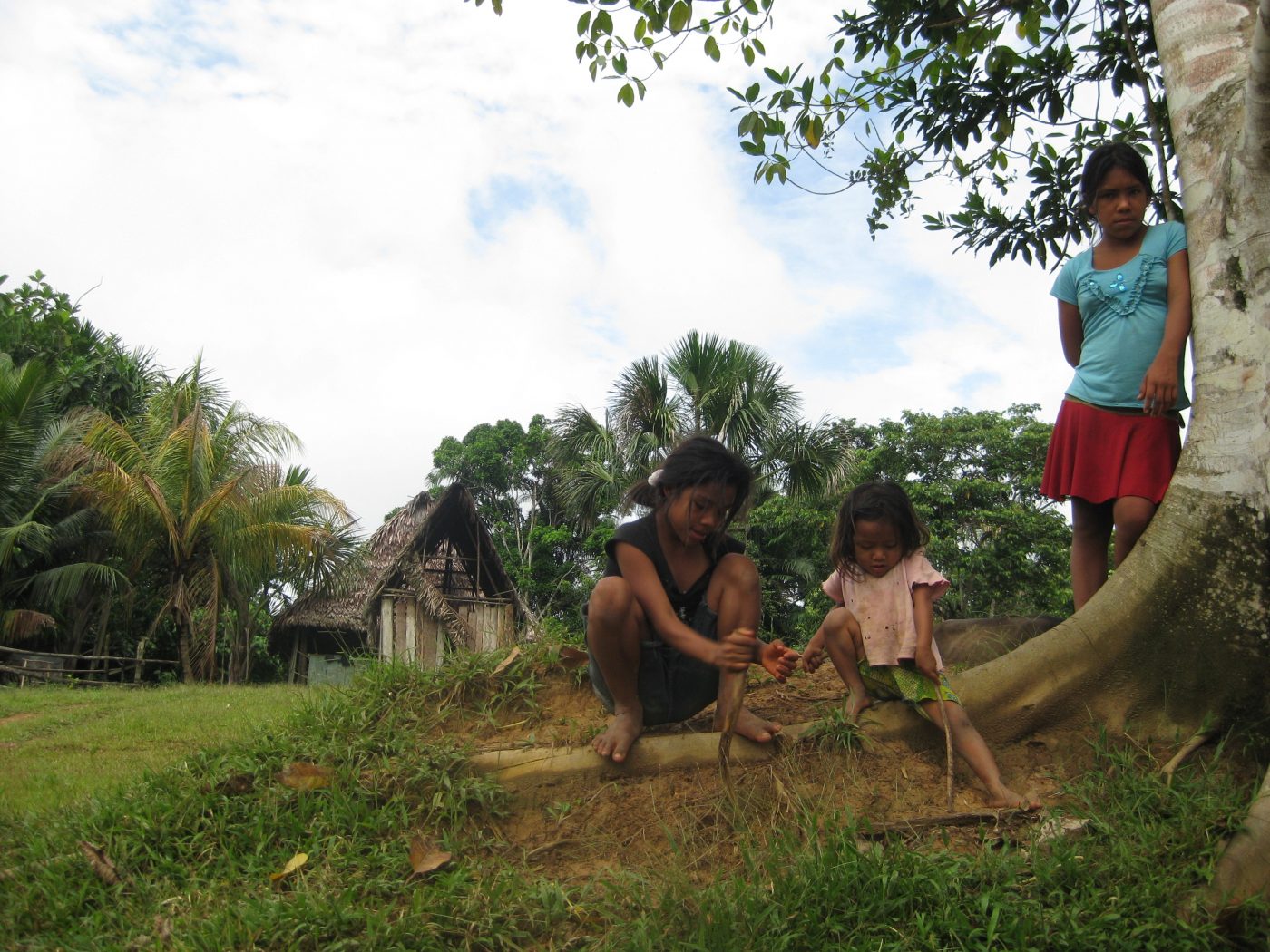 The experience with local people is eye-opening, and to be honest, I still don’t know what to make of it. The Amazon and its people are such an important aspect of our planet, but who can blame them for wanting modern clothing, access to medicine, and even cell phones. It’s easy to see why people turn to illegal mining, forestry, and drug production. Who am I to judge? What really rings clear is these people are deeply connected to the land, but they don’t want to be stuck in the stone age. It’s a complicated conflict I can’t even begin to wrap my head around, but by visiting the Amazon and seeing it first hand, I can at least appreciate the hard work and determination of its people. 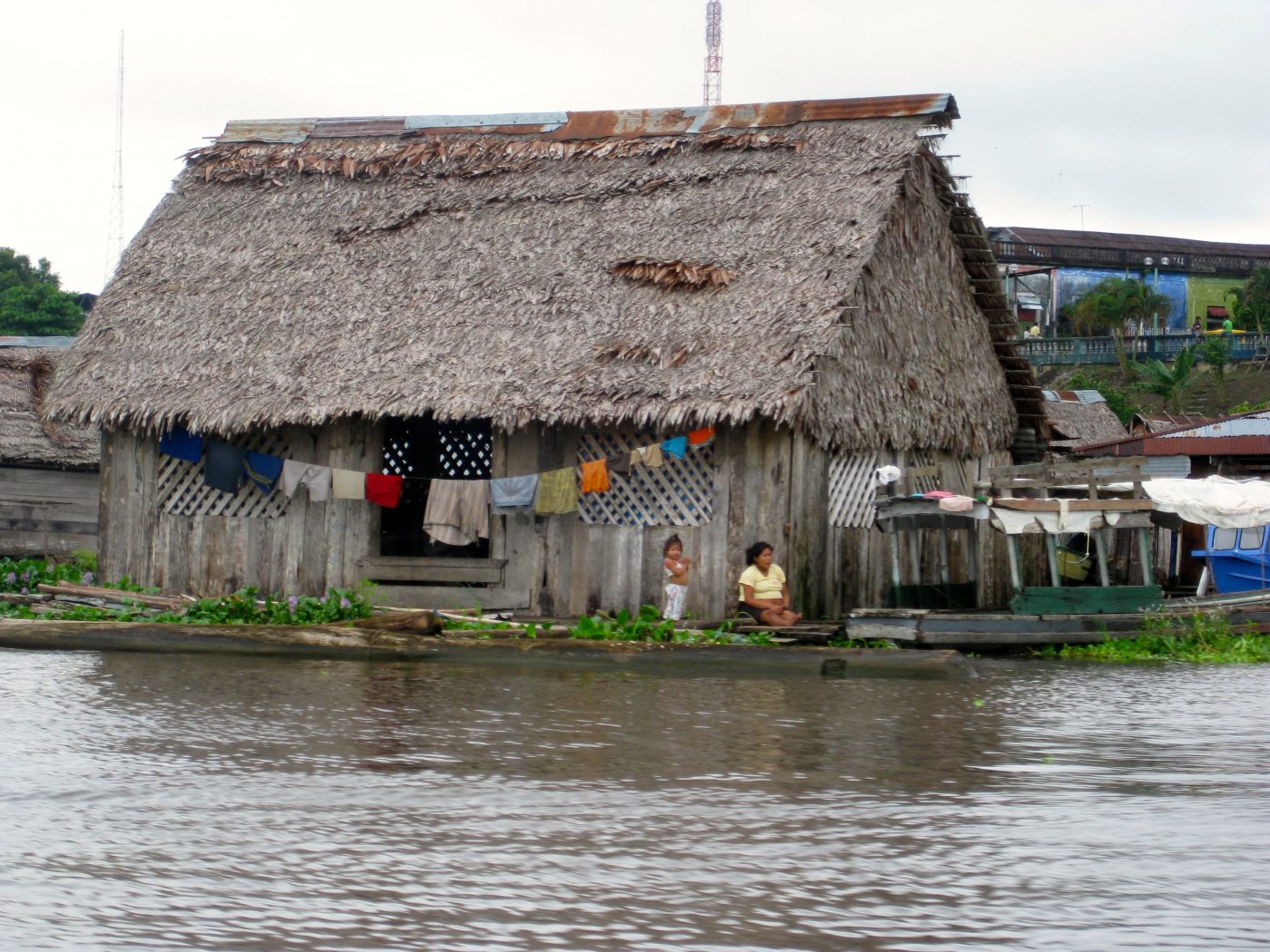 Should You Travel to the Peruvian Amazon?

Absolutely. Just like anywhere in the wild there are dangers, pests, and uncomfortable moments. But that shouldn’t stop you. The Peruvian Amazon provides endless adventure, beauty, and total stimulation of all the senses. There’s no other place in the world that awakens your soul the way that the Amazon can. 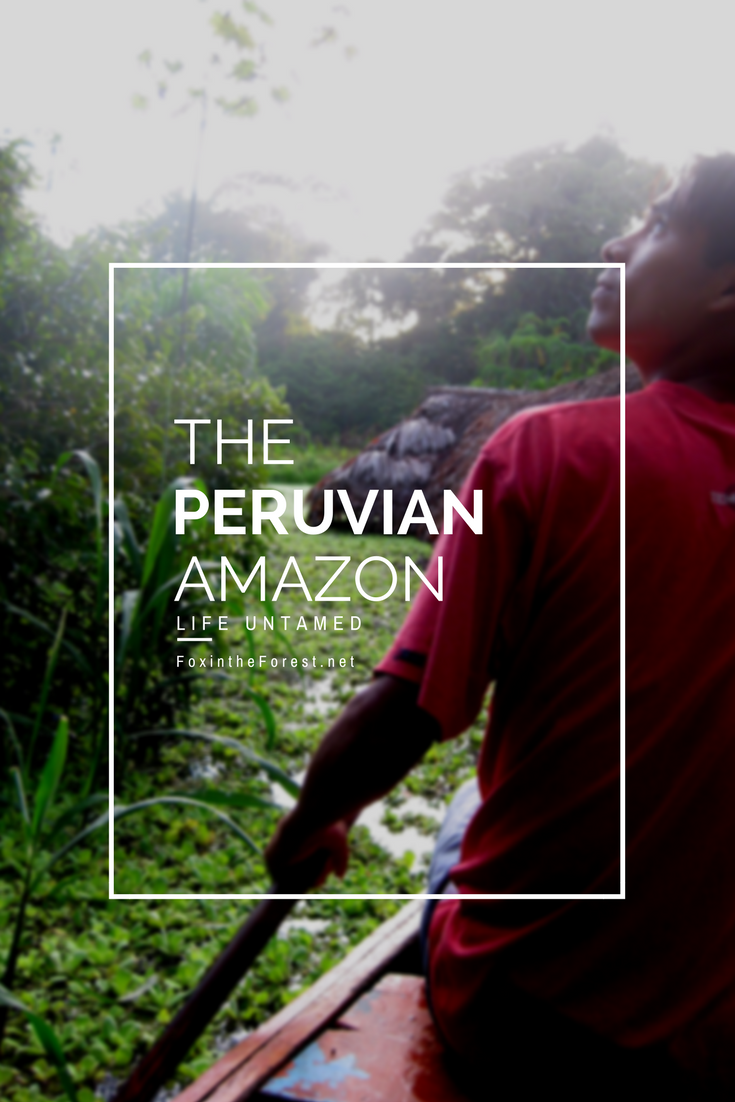