Is a Long Layover in Dubai Worth it?

Over the past 60 years Dubai managed to push its way onto the traveler’s radar. Boasting the world’s tallest building, opulence, and luxury that will make you feel like royalty. Dubai: the Las Vegas of the Middle East. But is that really what’s really going on here? A lot of flights from across the world have a long stopover in Dubai. We had to spend at least 12 hours here, so we extended our stay by a day to check it out. Was it worth leaving the airport for a long layover in Dubai?

I’m not going to apologize – I can’t stand this place. However, I most certainly tried. I’m not a negative person, but I’ve got to be honest: how does anyone have anything worthwhile to say about Dubai? All I found were paper facades and miserable people.

Honestly, I wanted to travel to Dubai, see for myself and make my own judgment call. I had heard a lot of interesting things about the country, such as these 10 facts about life in Dubai. A part of me felt maybe things are different. Perhaps all of the negative press stemmed from the tensions between the Islamic and Western world. Again I am mistaken, it’s got nothing to do with any of that – Dubai simply is not fake about being fake.

Dubai was my first trip to the Middle East and I thought it might be a good introduction to spend a long layover in Dubai. Dip my feet in, get a taste. This is truly a shame. I’m an open-minded individual who has lived in a Muslim country and always had a curiosity for the Arab world. I don’t believe in the American ignorance towards other cultures and I believe in breaking that barrier. I hope that once I put this bad taste out of my mouth I’ll be able to give the Middle East another try.

Need some advice about travel to Muslim countries as a solo female? I’ve got you covered.

Here’s what really confuses me about this place: Dubai brags of wealth and extravagance, but there is zero quality. Prime example, our hotel room. We were staying at a five-star hotel for our long layover in Dubai. All of the fixtures were modern and fancy, the marble-clad shower was enormous with a giant rain head. Sound lavish? Guess again. The shower didn’t slope to the drain so water pooled up all over the place. The handles of the faucet fell off because there was no pipe tape securing them. I mean, even a trailer park in Las Vegas can get that right. 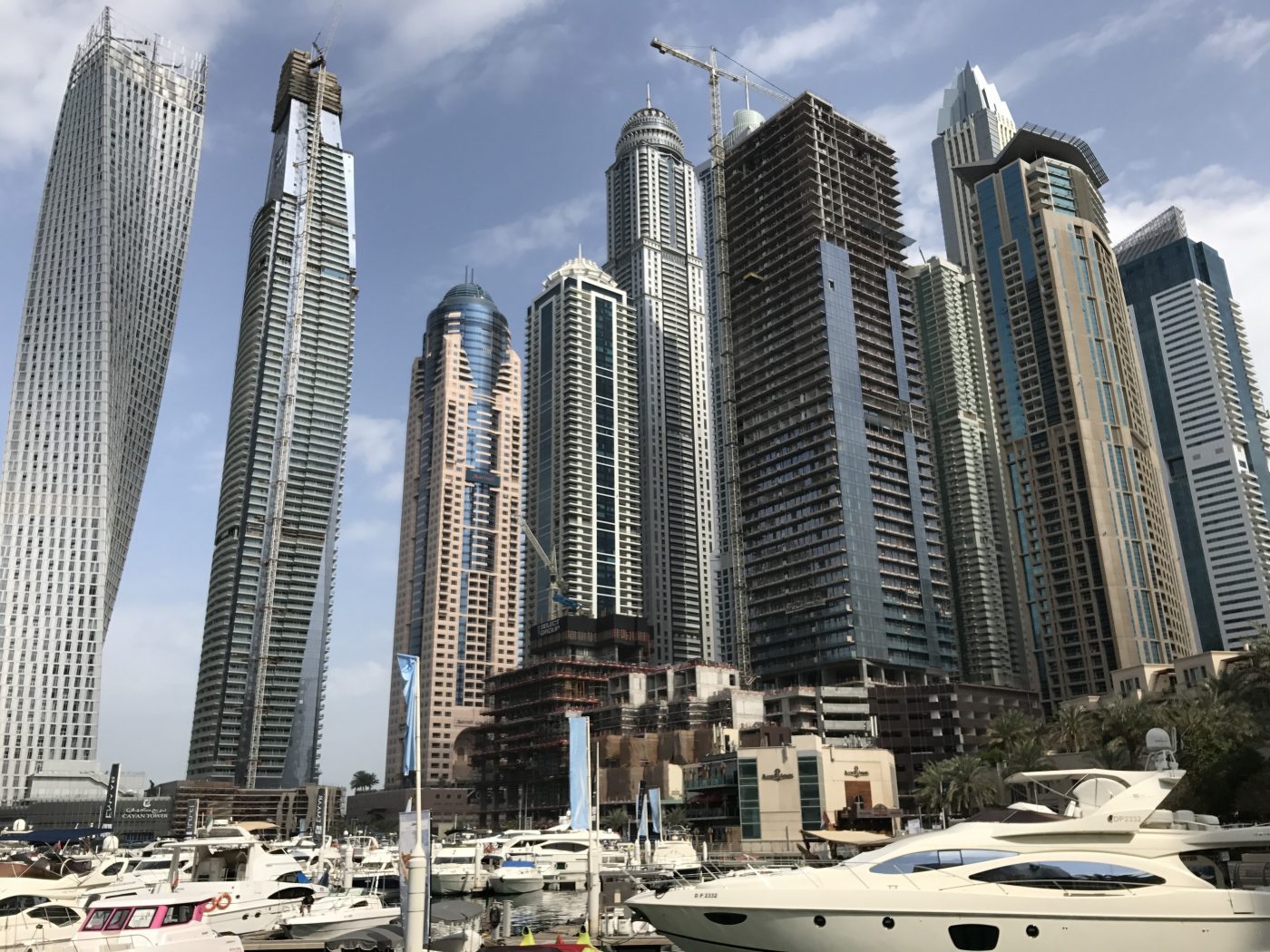 Everywhere new buildings are being built that are the epitome of luxury but you can’t figure out how to install a sink? I stayed in teahouses in rural Nepal that had better plumbing than my 5-star Dubai accommodation. It blew my mind.

There is a connection between the long layover in Dubai and my final destination – Nepal. Many young Nepalese come to Dubai in search of work. Often times, they are the victim of scams, forced to live in cramped quarters, paid little to nothing, work inhumane hours in inhumane conditions and have their passports taken away.

Driving to the desert at 4 am on a Tuesday the highways were littered with buses stuffed with immigrants in uniforms, heads sunken against the seat in front of them cringing at the thought of another day. According to a Nepalese hotel owner, most of his friends deeply regret moving to Dubai due to these types of conditions. 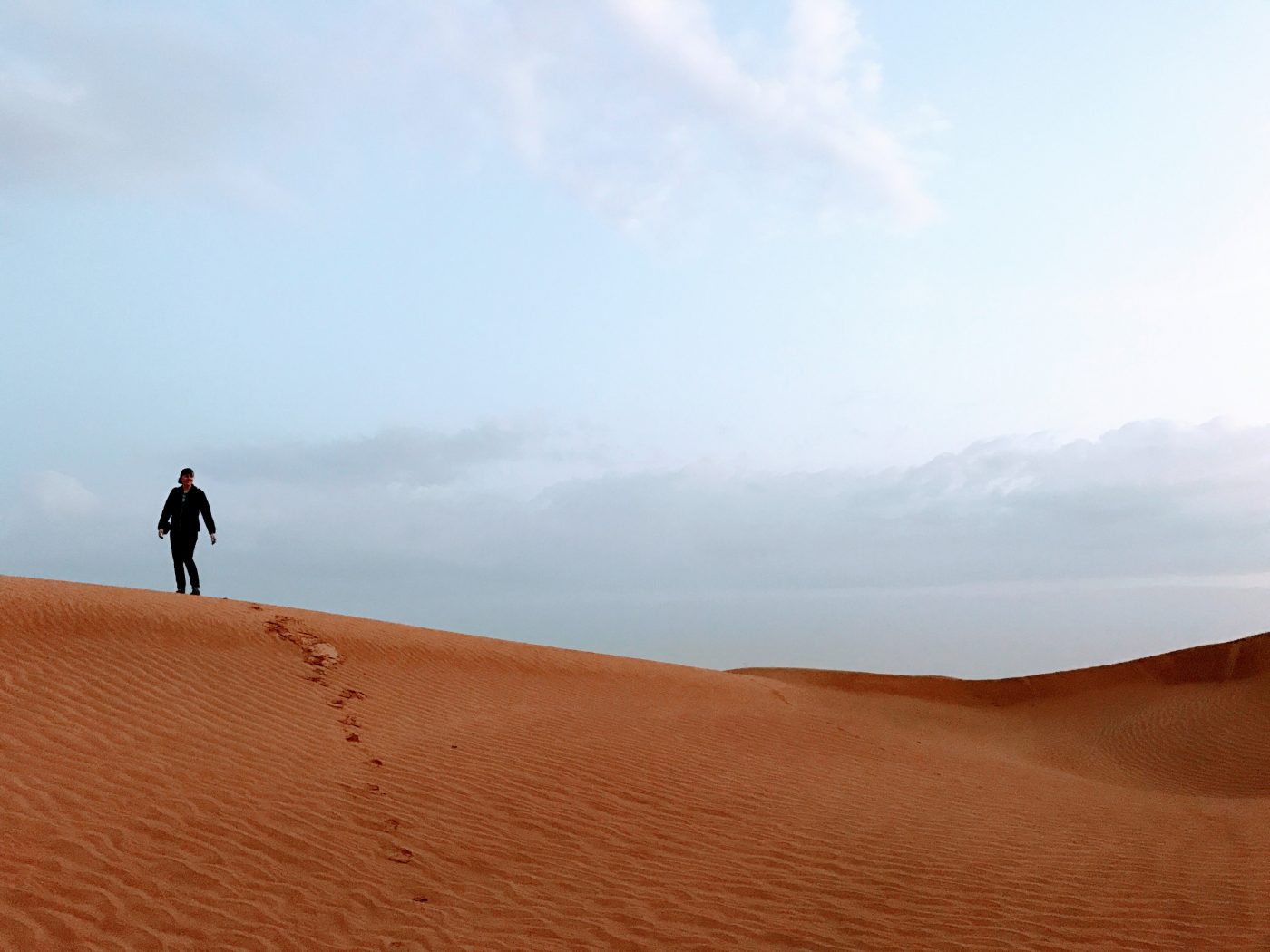 Meanwhile, Dubai is extraordinarily expensive. There is no cheap trip to Dubai. A glass of tap water costs money for crying out loud. Dubai doesn’t need to pay people peanuts, it’s a rich country. I get that this issue is endemic in cities across the world. I have a friend from India who immigrated to Singapore who has a very compelling story about his experience. These issues have been widely documented over the past several years and nothing has changed. Perhaps I was naive to think that something has been done about it. Just keep in mind that if you travel to Dubai, you are supporting this kind of treatment, for better or worse. Yes, this happens everywhere, but beyond the “ritz” this is the real problem. 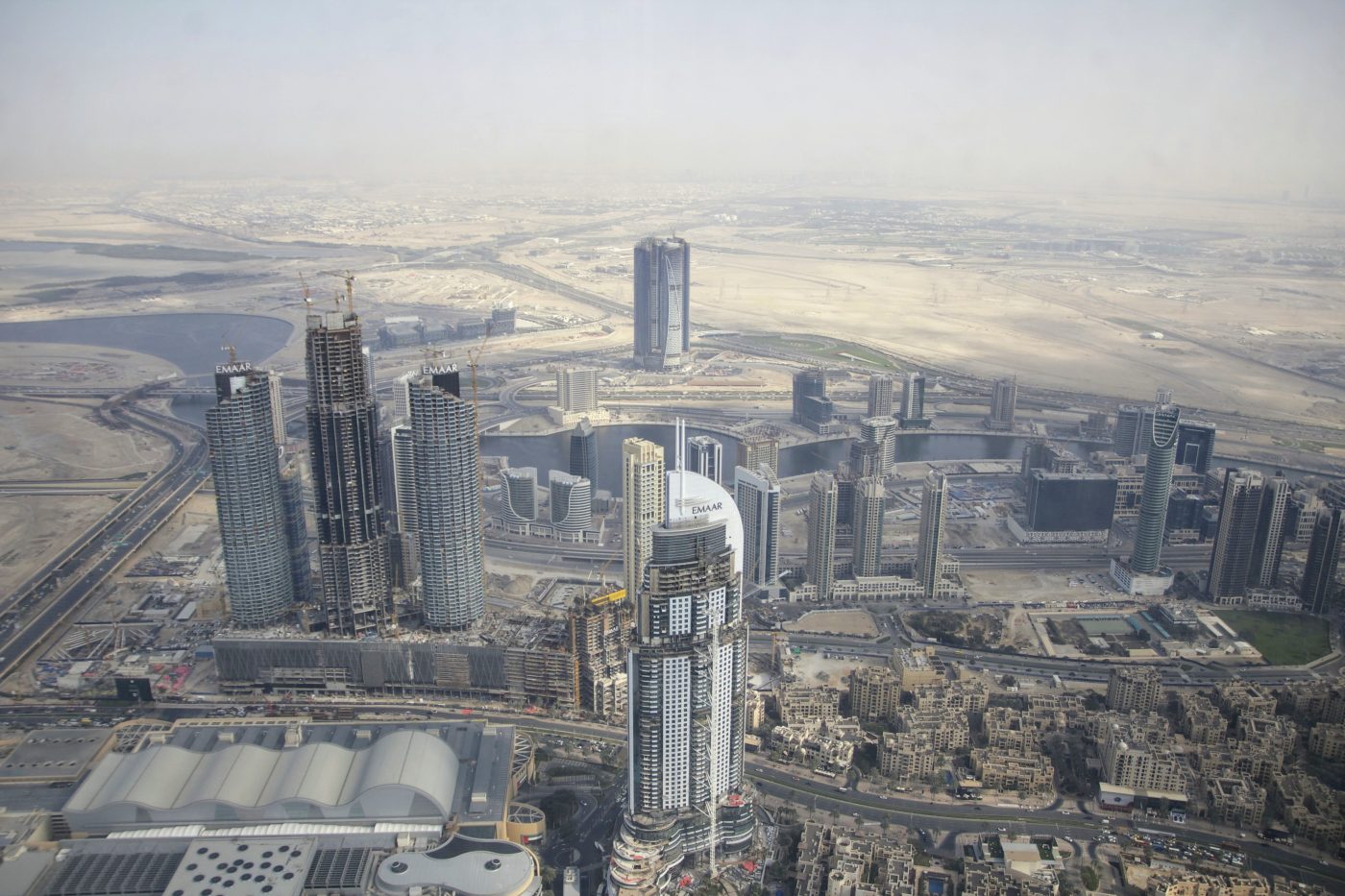 The final nail in the coffin for me is what’s on display at the Burj Khalifa. The elevator ride to the top and bottom nearly had me gagging. Not because of the constant smell of bad cologne, but they play a little show where they talk about the “human spirit.” They claim the Burj is built by Emirati (not true: American architect, American general contractor, and migrant labor). The Burj is the pride jewel of the world, a true badge of human achievement. Slave labor as a symbol of the human spirit huh? 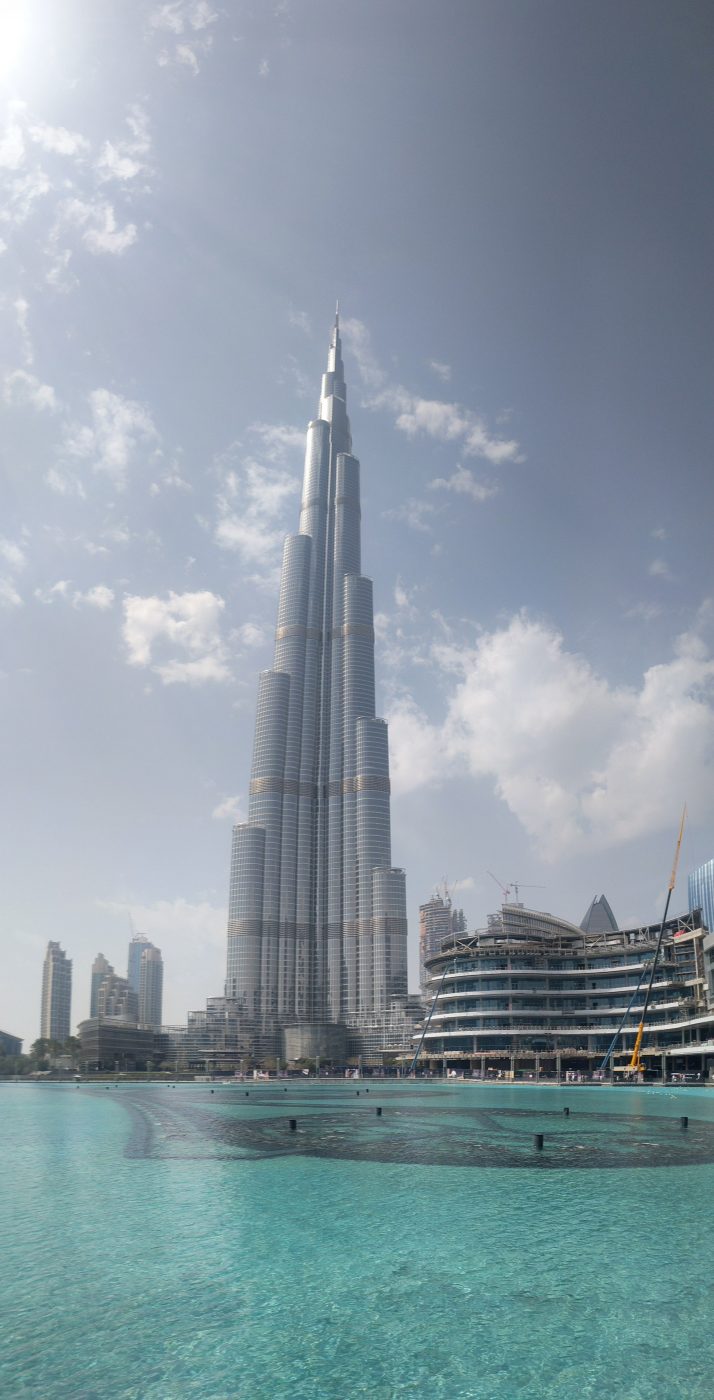 Perhaps everyone in Dubai is on their phone to escape the misery they feel. It didn’t matter if it was an expat, tourist, or local. Every single person you passed had their head down staring at the glow or was shamelessly taking a selfie. I found it vomit inducing really. We spent 40 hours in this country observing people absorbed in their electronics. 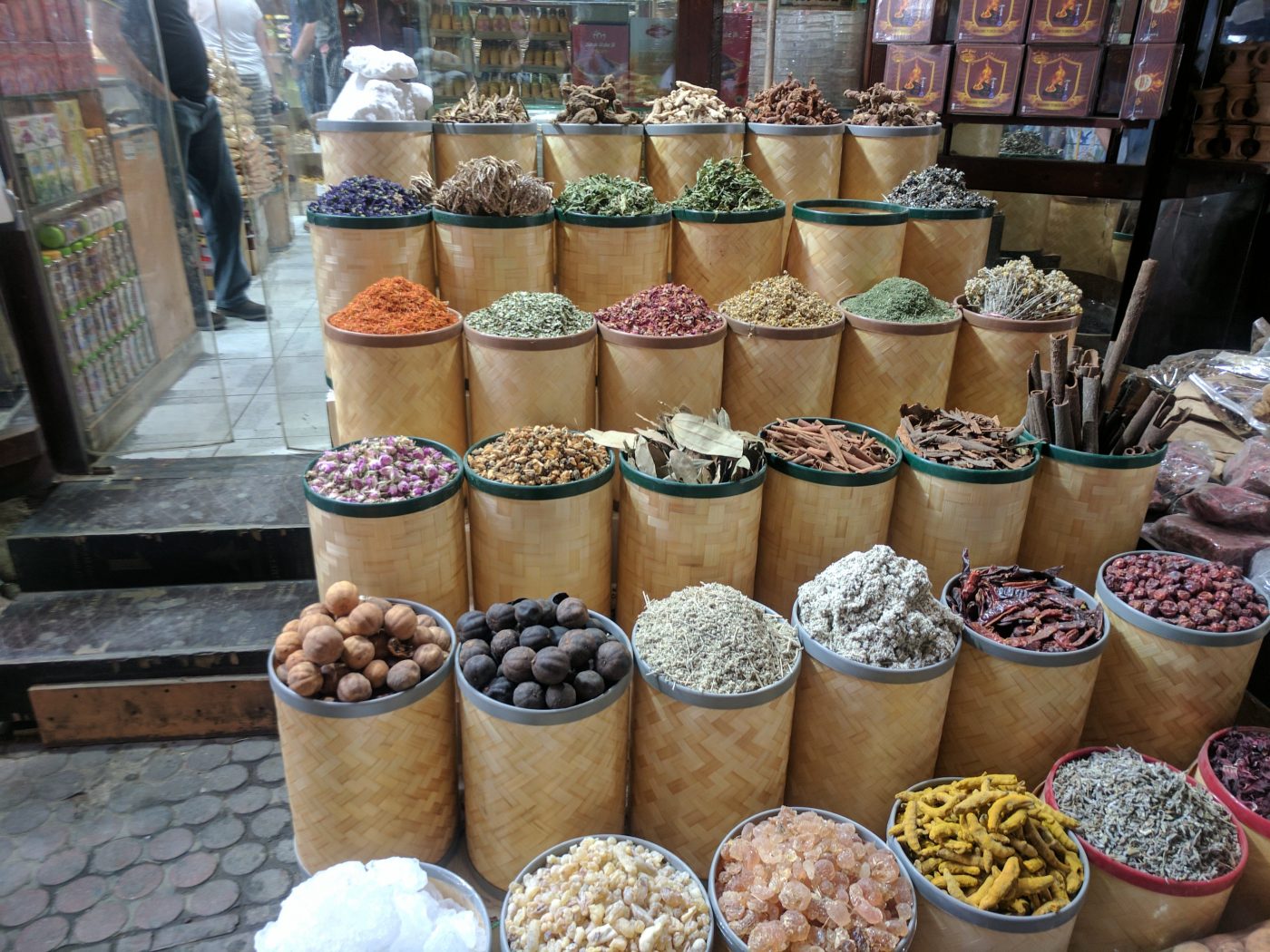 Squirrel and I went searching for any type of Emirati culture left to the naked eye. Perhaps the souks? Wrong again! People touted at us incessantly. Louis Vuitton? Fake Rolex? Cologne? No. We stopped for a brief moment to step aside and figure out where we were in relation to the Metro. Immediately, a man descended upon us, throwing his phone right up next to mine swiping through all the stellar counterfeit goods he was selling. Zero respect towards us or our conversation. I do not want your junk, could you please go away? His answer was no, he just kept standing there touting at us.

Basically, the message this place sends is to buy things or get out. There is no warm welcome. There is no friendly hello. Not even a “this is who we are.” Just buy? No? Leave.

Should You Spend a Long Layover in Dubai?

Honestly, I’m not going to tell you where you should and shouldn’t go, that’s for you to decide. If you are a city person who spends a lot of time in malls, doesn’t mind human rights abuses, and cares about looking rich then a holiday to Dubai may be your Shangri-la. Who am I to judge? Although I prefer open spaces and the outdoors, I’ve traveled to many of the world’s major cities and truly enjoyed being there. My short trip to Dubai left me unimpressed. The next time I’m hunting for flights if given the chance, I’ll most likely opt for a different place for an overnight stay. 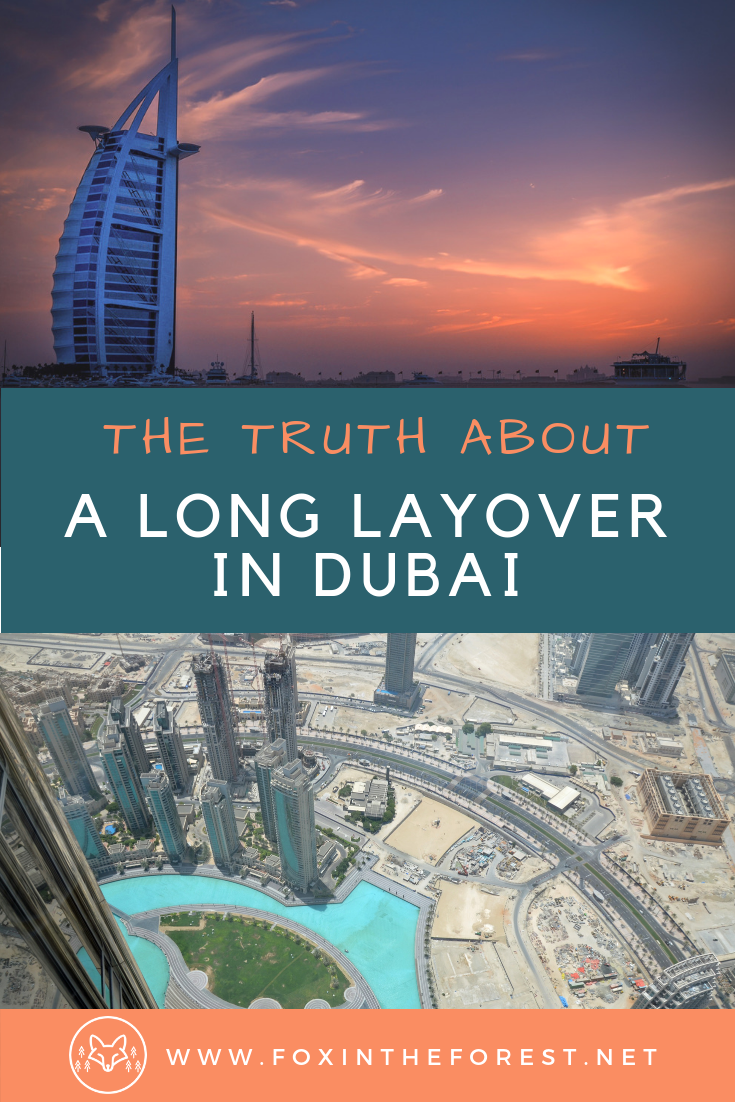